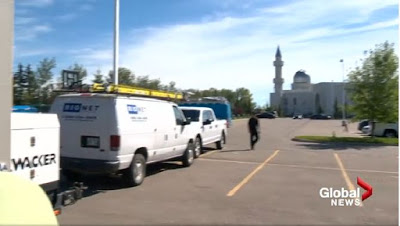 Something extraordinary happened in Calgary this last weekend,Â it wasÂ reported in Canadian media.

AccordingÂ to the report, the Ahmadiyya Muslim Baitun Nur Mosque donated space for the â€œCountry Thunderâ€ music festival on its property and hosted music festival’s certain facilities in the mosque Parking lot.

“Friday is a special day and we have the Friday prayers,â€ Mahmood said. â€œSo a lot of people are here on Fridays. Itâ€™s the busiest day at the mosque.â€

Music festival organizers had agreed to turn down the volume during prayer times, which occur five times a day.

Alex Stevens reportedly told Global News they respected the request and Mahmood had also acknowledged saying â€œI think we should be fine.â€

Stevens thanked Mahmood for hosting, who responded: â€œWe wish you best of luck for the program.â€

WATCH BELOW: Organizers of the â€œCountry Thunderâ€ music festival are getting a bit of help from some of their neighbours in northeast Calgary. As Gil Tucker shows us, festival crew members are grateful for the support.