UK: Muslim women lose dignity in the name of Halala 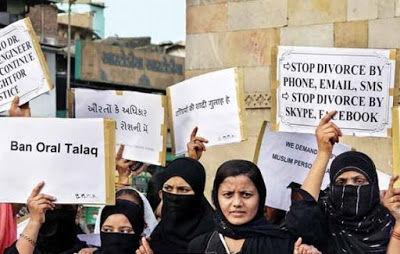 LONDON: The issue of divorce among Muslim women has taken a dangerous turn because clerics are out to exploit them in the name of Halala. When a man divorces a woman three times, she goes to a cleric who tells them that the couple can be reunited after Halala, which means after the woman contracts another marriage, at least for one night. Hence, these one-night brides lose their dignity in their houses and often fall prey to psychological diseases.

The clerics have set up the Halala centres in London, Birmingham and other cities where divorced women are exploited. But real Ulema oppose this trend. Though all prominent clerics condemn exploitation of women, they do not highlight this issue because it could lead to disrepute of the Muslim community. The community is already facing a tough time due to child sex grooming and other such cases.

In some cases, men divorce women three times in one go due to anger but later they realize that they have made a wrong decision. When they go to clerics to seek a way out of this problem so that they can be reunited, the clerics tell them that their wives have to contract a second marriage before they can be reunited in a marital bond again.

The women are then hoodwinked into marrying the clerics and spend at least one night with them. The clerics agree to let them go to their former husbands in the morning but later they change their mind and demand huge sums of money to honour their agreement. They sometime keep the perturbed women in their houses for many days to quench their lust.

These women fail to get their dignity back when reunited with their husbands but they have to survive for the sake of children and family. They then suffer from psychological diseases. Some clerics have opened Halala centres in their houses and their agents bring divorced women to them. They sometimes gift these women to their friends.