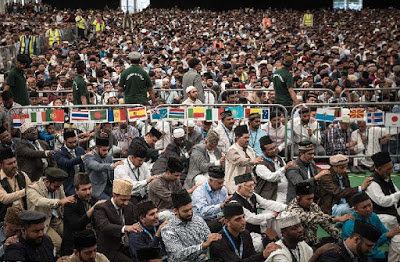 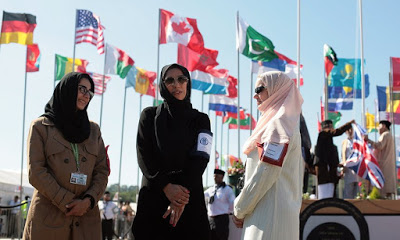 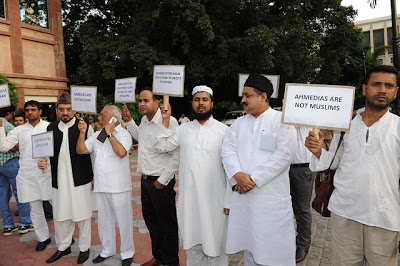 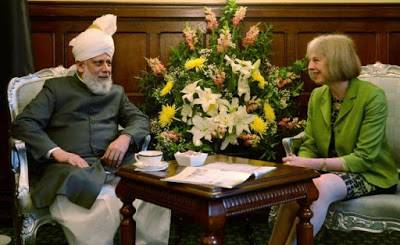 London: Prime Minister of the United Kingdom (UK), Theresa May, has commended the Ahmadiyya Muslim community for its contribution to global peace, especially its â€œUnited Against Extremismâ€ Campaign.

She spoke yesterday at the closing ceremony of the Jalsa Salana, the 50th yearly convention of the Muslim group.Represented by the Minister of Aviation, Lord Ahmad, the British Prime Minister said: â€œThe Jalsa Salana is an opportunity to celebrate the communityâ€™s huge contribution to society, whether it is raising money for the Poppy Appeal, holding interfaith iftars during Ramadan, or helping to deliver aids to poorest people around the world. That is the Ahmadiyya Muslim community in action: compassionate, charitable and absolutely committed.â€

May, who officially commiserated with the group over the murder of the British Ahmadi Muslim, Asad Shah, said: â€œThis year, we were shocked and sickened by the murder of the British Ahmadi, Asad Shah,â€ describing the late member as â€œa man who was passionate about peace and understanding between communities â€“ values that define Ahmadis, but also our country, too. We must continue to uphold those things, and we must do so together. One excellent example of that is your â€œUnited Against Extremismâ€ campaign.â€

She expressed satisfaction about her interaction with the communityâ€™s global leader, His Holiness Hazrat Mirza Masroor Ahmad and her visit, recently, to the UK headquarters of the group, Baitul Futuh Mosque, adding, â€œYour motto â€“ â€˜love for all, hatred for noneâ€™ â€“ shines from all you do. It is a message we would all do well to live by, especially as we build a stronger, more united future.â€

At the opening ceremony last Friday, the head of Nigerian delegation, who is also Amir of Ahmadiyya Muslim Jamaâ€™at, Nigeria, Dr. Mashhuud Adenrele Fashola, chronicled the milestones of the group in the last 100 years of its existence in the country.

In another development, as purveyors of information, media operatives within the Muslim community worldwide have been urged to uphold professionalism, responsible journalism as well as reliance on the authentic sources as their watchwords in the discharge of their duty.

The advice was the kernel of engagement yesterday at the discussion session that preceded the closing ceremony at Oakland Farm in Alton, Hampshire, London, venue of the event.

Anchoring the â€˜role of media in stopping radicalisationâ€™, Missionary of Ahmadiyya Muslim Jamaâ€™at, Canada, Farhan Iqbal, who tasked Muslim journalists to ensure that the true teachings of Islam reach all the corners of the world, said: â€œMost time, thousands, and even millions of people, are listening or watching or reading the news, and that is why the media have a big responsibility. If they just pick their information from inauthentic sources, this could go a long way to create misconception.â€

Issues such as terrorism organisations, or young people who have become radicalised, journalists should ensure they get their information from the authentic sources. That is why the Ahmadiyya Muslims have taken it as a priority to engage this kind of issues objectively and passionately so that clarity could be provided to dispel this misconception.â€