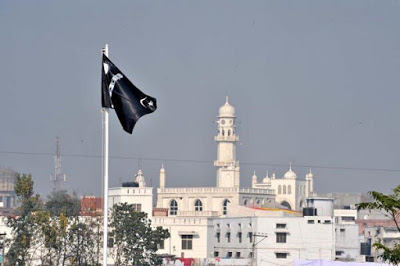 With a large section of Muslim clerics deeming the community to be heretics, successive governments in previous years had refrained from including them as a sect of Islam in the census report.

The community, which was recently lauded by Prime Minister Narendra Modi for its â€œreligious tolerance and universal brotherhoodâ€, has found its name included in the â€œDetails of Sects/Religions clubbed under specific religious communityâ€ data released by the government last week. In earlier census reports, only Sunnis, Shias, Bohras and Agakhanis were identified as sects of Islam.

Conservative estimates of the communityâ€™s population in India, which originated in Qadiyan in Punjab, is pegged at 1 lakh. â€œIt is a welcome move by the government,â€ said Mahmood Ahmed, former president of the Ahmadiyya Muslim Jamaat, Mumbai.

The sectâ€™s origins lie in Qadian in Punjab. Mirza Ghulam Ahmad founded the movement in 1889. Rejecting orthodox Muslim beliefs, he preached that he was the promised messiah with the divinely inspired task of bringing Godâ€™s teaching into harmony with the present-day world. He said he was the messiah whose advent was awaited by Muslims, Christians and Jews alike, as well as the incarnation of Krishna.

Since its inception, the sect has been opposed by hardline Muslim clerics. This opposition culminated in a constitutional amendment in 1974 in Pakistan, declaring the Ahmadiyyas to be non-Muslims in the eyes of law. Soon after, there was widespread violence and persecution against the community in Pakistan.

Leading Islamic seminaries in India, like the the Darul Uloom Deoband, have also declared the community as non-Muslim. They are also not given representation on the All India Muslim Personal Law Board.

Indian law, however, regards them as Muslims. The Kerala High Court in 1970 upheld their legal status as Muslims. It ruled that Ahmadiyyas are Muslims and that they cannot be declared apostates by other sects of the religion because they hold true to the two fundamental beliefs of Islam: that there is no God but Allah and that Muhammad was a servant and messenger of God.