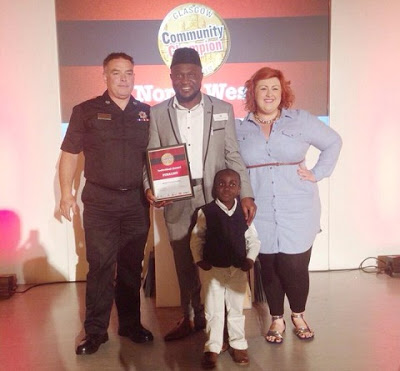 High profile Scots Muslims have spoken of the racist abuse they and their friends and families have suffered in the wake of the terror attacks across Europe this summer.

Many have had to endure everything from verbal abuse to physical attacks – which are not always reported to the authorities.

Despite this, high profile Muslims were keen to praise the vast majority of Scots who offer support after such incidents.
…
Ahmed Owusu-Konadu, a spokesman for the Ahmadiyya Muslim Community in Scotland – which was the target of an extremist attack when Tanveer Ahmed murdered Glasgow shopkeeper Asad Shah in March â€“ said atrocities on the continent can â€œfeed mistrust and seek to divide communitiesâ€.

However, he added: â€œThe reaction of local communities in Glasgow when a member of our community was murdered shows that Scotland has a strong bond and a resilient, caring nature.â€