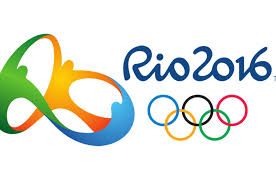 KARACHI: When 206 nations march past during the Rio Olympics opening ceremony, a mere seven-athlete team will represent Pakistan â€” one fewer than the contingent sent by tiny Atlantic island Bermuda.

Despite producing world-class cricketers, hockey players and squash champions in 68 years since independence, Pakistan’s Olympic medal tally is an imperfect 10 â€” eight in field hockey and only two individual.

The Olympics in Brazil mark the lowest ebb for Pakistan as they failed to qualify in field hockey for the first time since their maiden appearance in 1948 London Games.

There are also four wild cards which are given to all the member countries by the International Olympic Association. They have been taken up by swimmers Liana Swan and Harris Banday, and athletes Mehboob Ali and Najma Parveen.

It is a far cry from the sporting glory the country once enjoyed. As recently as 1994, Pakistan held world titles in field hockey, amateur snooker, squash and cricket. But only hockey is an Olympic sport.