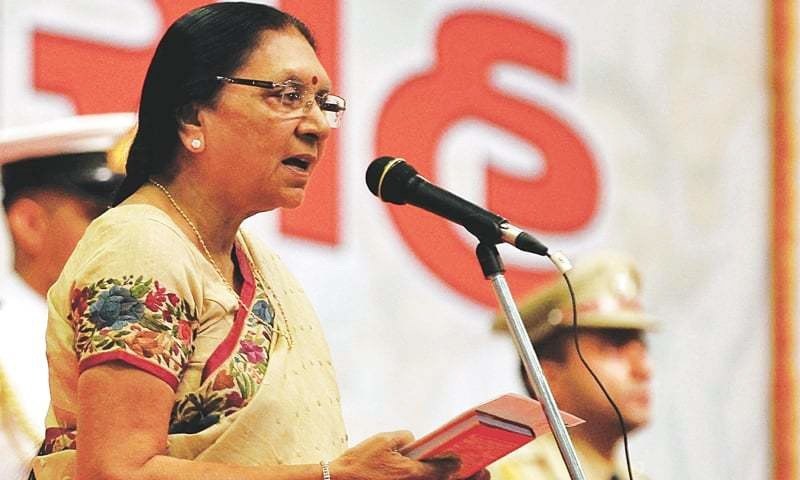 Aam Admi Partyâ€™s (AAP) leader and Delhi Chief Minister Arvind Kejriwal claimed Ms Patelâ€™s resignation ahead of next yearâ€™s assembly polls was prompted by the rise of his party as a challenger. Mr Kejriwal earlier said in a video message that the Modi government was arresting his MLAâ€™s to harass them. â€œDonâ€™t be surprised if he gets me killed. He has lost his composure,â€ Mr Kerjiwal said.

Ms Patelâ€™s resignation came as the state witnessed mass protests over the flogging of a Dalit family by a cow vigilante group for skinning a dead animal.

During a rally on Sunday, the Dalit community had put the BJP-led government on notice, saying they would teach the party a lesson in the elections next year.

Mr Modi had come to power as Gujarat CM at the head of a similarly divided party, but he consolidated his power in the shadow of the 2002 Gujarat pogroms.

Reports said that Ms Patelâ€™s resignation has thrown the party into crisis as it looks for a new face. Though the 2002 riots did help Modi electorally, 2016 is a different scenario altogether, reports said. The state government is facing charges of inept handling of the Dalit protests, which has claimed many lives.

Earlier, the Patidar of powerful peasant-entrepreneurial caste (to which the outgoing chief minister belonged) had brought the state government to its knees, forcing it to announce job and education quota for the Patidar community.

Hardik Patel, the young leader of the Patidars, has issued open threat to the BJP. When he was released from jail recently, thousands turned up to greet him.

Even as the party was assessing the damage after the Patidar agitation, the protests against the recent Dalit atrocities swept over the state and even spilled over to Uttar Pradesh where it has another election to fight. And those who are behind these attacks are believed to be people from the BJPâ€™s Hindutva offshoots only.