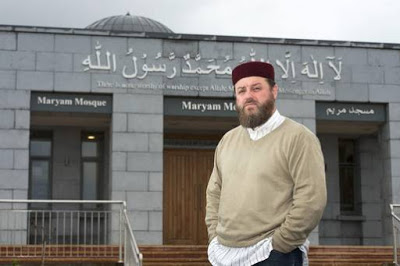 Information from mental health professionals, social workers, and religious leaders can be a â€œvaluable assetâ€ in preventing radicalisation, the Department of Justice says.

Research on lone wolf terror attacks found that, in 60% of cases, the attacker had told someone else about their planned attack beforehand.

An AhmadiyyaÂ Muslim religious leader, Imam Ibrahim Noonan, has called on the Government to â€œregulate mosquesâ€ and says gardaÃ­ should have the power to conduct random checks.

Speaking ahead of the 15th annual convention of the Ahmadiyya Muslim Association convention tomorrow, Imam Noonan, a Galway-based convert, said he has met some young Muslim men with a â€œtendency towards an Isis mentalityâ€.

The Ahmadiyya community believes in non-violence, tolerance of faiths, and separation of religion and state.

Garda Assistant Commissioner Michael Oâ€™Sullivan is to speak at the event. A garda spokesman yesterday said: â€œWe have worked hard to gain the trust and confidence of Muslims. Working closely with minority communities leads to information gathering that can also eventually identify potential risks from a small number within their community.â€