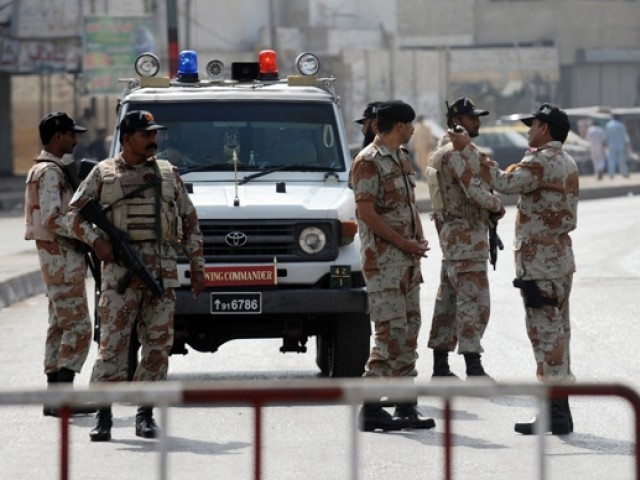 LARAKANA: One Rangers official was killed and at least 14 others including five Rangers personnel sustained injuries in two explosions near a Rangers checkpost on Miro Khan Road here on Saturday, security sources said.

Initial reports suggested the bombs had been tied to a bicycle parked outside the Rangers Headquarters.

The injured, which included six Rangers personnel and nine passers-by, were shifted to Chandka Medical Hospital for treatment. However, one Rangers official succumbed to his injuries.

Another Rangers official was said to be in a critical condition.

A heavy contingent of the police cordoned off the area after the blasts and started a search operation in the area. Police sources told Dawn two suspects were arrested in the police operation, and shifted to an undisclosed location for interrogation

A bomb disposal squad from Sukkur has reached the spot to determine the nature of the bombs.

Rangers personnel have been targeted in Karachi and other parts of Sindh in the past as well.

The newly-elected chief minister of Sindh Syed Murad Ali Shah took a strong notice of the attack. He telephoned DIG Larkana Abdullah Shaikh and directed him to bring all those involved in the attack to justice and report to him as soon as possible.