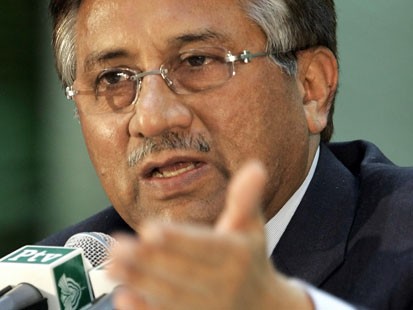 On the directive of the south district and sessions judge, a court official (Nazir) wrote a letter to the DHA administrator on July 26 asking him to attach four properties owned by the former military ruler within the jurisdiction of the DHA.

The DHA was asked to report progress over the matter within three days for its further transmission to the special court.

The court also directed that the properties, including a bungalow in Zamzama and three plots in other parts of the DHA, be attached under Section 88 (attachment of property of person absconding) of the criminal procedure code in connection with a high treason case pending against Gen Musharraf before a special court in Islamabad.

On July 19, a three-judge special court, headed by Justice Mazhar Alam Miankhel, the Chief Justice of Peshawar High Court, had ordered the authorities to attach Gen Musharrafâ€™s moveable and immovable properties since he had failed to turn up in the court since March despite several court orders.

Gen Musharraf left the country on March 18 after his name was removed from the Exit Control List after the Supreme Court upheld a Sindh High Court order removing his name from the ECL.