Pakistan will bounce back, says Inzamam 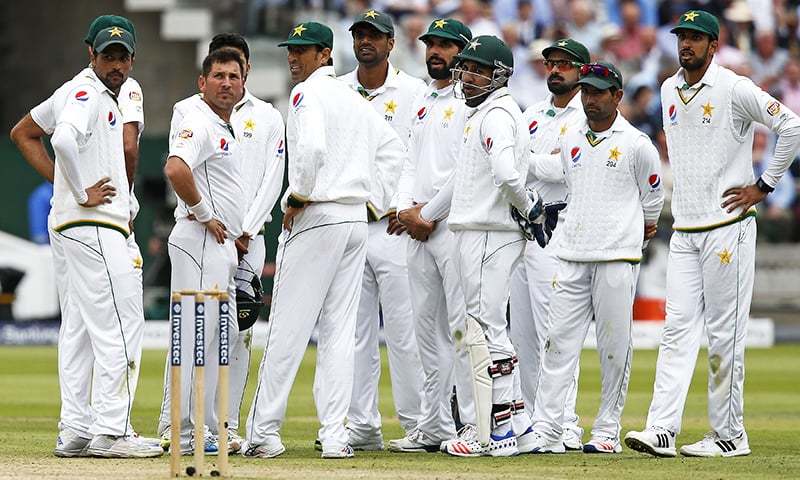 However, Pakistanâ€™s newly appointed chief selector Inzamam-ul-Haq seemed optimistic about Pakistanâ€™s strong comeback in the upcoming fixtures while giving an interview to Sky Sports on Wednesday.

â€œI am convinced that as the players get more experience in these conditions, their performance will improve and Pakistan will get better results and bounce back,â€ Inzamam said.

â€œThe win at Lordâ€™s has shown everyone that this team is more than capable of winning against tough opposition and in foreign conditions,â€ the 46-year-old said.

â€œThe Old Trafford Test obviously did not go that well, but then we have to give credit to England for making a comeback in this series which shows that they are a very tough team to beat.â€

Pakistanâ€™s batting relied heavily on skipper Misbah-ul-Haq who has scored the third highest runs in the ongoing Test series after Joe Root and Alastair Cook in the first two Tests.

â€œMisbah has shown the way for all batsmen to follow,â€ Inzamam said.

â€œHis age is not an issue – there is absolutely no limit on the age of a player for him to be part of the Pakistan team. The only factor that matters is the level of performance and the fitness he displays.â€

â€œThe way Misbah is playing now, I see no reason why he should not be given the opportunity to represent Pakistan in upcoming tours to New Zealand and Australia as his experience will be crucial for the team.â€

Inzamam, under whose leadership the infamous 2006 ball-tempering controversy unfolded at The Oval in 2006, emphasised that performances by Misbah and senior pro Younis Khan are key for national sideâ€™s success in the remaining matches.

â€œYounis is too good a player to be kept quiet for long and I am confident that we can rely on his experience and that of misbah in the next two Tests,â€ said Inzamam who is ranked among the greats of the game.

The burly official also had high praise for England number three Joe Root for his flawless 406-ball 254 that took away the game from the visitors. â€œRoot has really impÂ­ressed me,â€ said Inzamam.

â€œIâ€™ve watched his career closely; he is a fantastic player and seems to be improving with every innings that he plays,â€ remarked Inzi who captained Pakistan in 31 Tests matches.