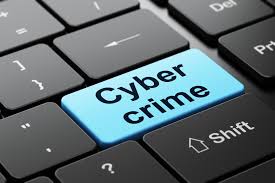 EVEN after months of back and forth over the Prevention of Electronic Crimes Bill 2015, there seem to be few signs of saner counsel prevailing in the countryâ€™s legislature.

Now, with the bill having been adopted by the Senate Standing Committee on Information Technology on Tuesday, and set to be put before the upper house during the ongoing session, time seems to be rapidly running out.

From digital rights groups and IT experts, the various iterations of this piece of legislation have attracted controversy, much of it well deserved; the criticism has been based primarily on the fact that earlier versions of the bill betrayed a dangerous unfamiliarity with the realities and ramifications of the digital world, turning minor transgressions that could be committed in error or ignorance into offences with hefty jail terms and/or fines, and containing overly broad categories and sweeping statements.

And while it is true, as legislators including the Senate IT committee chairman, have pointed out, that a process of discussion was held with individuals within parliament as well as digital rights groups outside of it, the fact remains that this was after hectic lobbying by the latter.

More pertinently, there is too much in the proposed bill that still raises serious doubts about its long-term efficacy â€” thus requiring a further, prolonged and open-minded conversation between those who are attempting to rush the proposed legislation through and those voicing concern over it.

Part of the problem seems to be that those quarters in government that are pushing for the early passage of this legislative formula into law appear to have taken an unnecessarily adversarial and uncompromising position on the issue â€” the reason being difficult to ascertain.

Consider, for example, what the state minister for IT, Anusha Rehman, had to say: local NGOs were demanding that people be allowed to self-regulate. But this is far from the case and would at any rate be highly inadvisable.

Indeed, there is no argument at all that laws to regulate all manner of cybercrime, ranging from data theft to the malicious invasion of privacy, are needed. But by all accounts, this version of the draft remains flawed and contentious.

From as high a forum as the Human Rights Commission of Pakistan has come an open letter warning that the adoption of the law would have immense ramifications on constitutional rights and fundamental freedoms.

Amongst the reservations it cites are vague formulations, contradictions and points of conflict with other laws.

Time may be short, but a softening of stance can achieve the desired reboot.

The Senate needs reminding that this legislation, if and in the form it is passed, would become a basic building block of subsequent law on the cyber world and the internet.

Getting this first step wrong would be perilous for Pakistan.