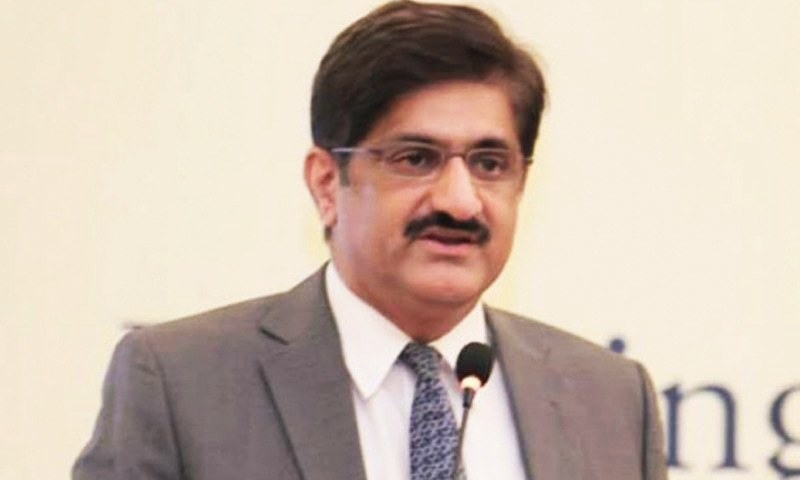 â€œOur party has nominated Syed Murad Ali Shah as the new chief minister of Sindh,â€ a party lawmaker quoted PPP chairman Bilawal Bhutto-Zardari as announcing the decision after presiding over sessions with various tiers of the party at Bilawal House.

As the party chairman made the announcement, media personnel stationed outside Bilawal House heard loud slogans of Jeay Bhutto chanted by the members of the provincial legislature taking part in the meeting.

PPP leaders said their party chief paid tribute to the outgoing chief minister for his selfless devotion to his job during the past eight years in office and said the new chief minister would do equally good work for the betterment of the people of Sindh.

Mr Bhutto-Zardari held the meetings soon after his return from Dubai, along with his aunt, MNA Faryal Talpur, and other members of the party.

It took Mr Bhutto-Zardari several hours to finish all the meetings and finally announce the name of the new chief minister at a meeting attended by all legislators.

Later, in a brief interview with a private news channel, Syed Murad Ali Shah said law and order would be the biggest challenge for his government, adding that he would declare a health and education emergency to improve the performance of the social sector in the province. â€œWith civil bureaucracy and military establishment, weâ€™ll overcome the security challenges we are facing,â€ he told the TV channel.

According to a spokesman for the PPP, the outgoing chief minister assured Mr Bhutto-Zardari during a meeting that his loyalty to the party would be as firm as it had been since its inception five decades ago.

â€œThe meeting lasted more than an hour and most of the time was spent by the party chairman in praising Qaim Ali Shah,â€ said a PPP leader.

The party spokesman said Mr Bhutto-Zardari later held a meeting with Leader of the Opposition in the National Assembly Syed Khurshid Shah and took him into confidence on the change in the Sindh government.

Mr Shah was among certain party leaders who had expressed their unawareness when PPP co-chairman Asif Ali Zardariâ€™s spokesman announced the change in the provincial government.

Nisar Khuhro, who is being tipped as the future home minister, and several other members of the Sindh cabinet also called on the PPP chairman and discussed with him the partyâ€™s future strategy.

â€œThe overall feedback supported the partyâ€™s decision, but there was some faint opposition that concerned the PPPâ€™s standing in the next general elections if Murad Ali Shah failed to deliver,â€ said a party leader.

â€œThe decision about Murad Ali Shah was taken with an overwhelming majority in his favour,â€ said a party source privy to the developments. Mr Bhutto-Zardari said the decision to replace an experienced and loyal party leader was a very difficult one, but sometimes the party had to take such decisions for â€œpolitical and strategic purposesâ€ in the collective interest of the party and the province.

He called Mr Shah a great asset of the party who stood by it through thick and thin for three generations of its leadership.

Mr Shah said the partyâ€™s decision was his own because the PPP leadership had always taken wise decisions and he would continue to serve the party.

According to a spokesman for Bilawal House, the PPP chairman later met MPAs of the party from every district separately to take them into confidence and seek their opinion about the partyâ€™s future strategy.