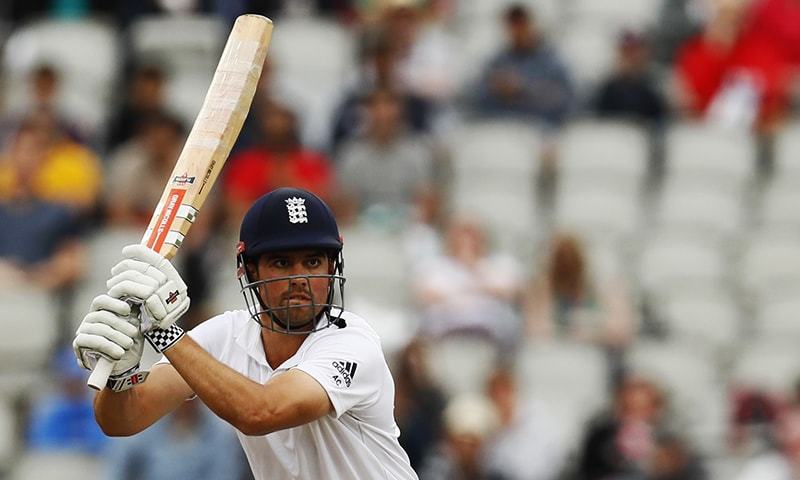 MANCHESTER: England captain Alastair Cook left Pakistan needing to rewrite the record books if they were to win the second Test at Old Trafford, after opting against enforcing the follow-on on Sunday’s third day.

At stumps, England, looking to level the four-Test series at 1-1, were 98 for one in their second innings.

That gave them a lead of 489 runs, with no side having made more in the fourth innings to win a Test than the West Indies’ 418 for seven against Australia at St John’s in 2002/03.

Cook, who made a first-innings hundred, was 49 not out and vice-captain Joe Root, whose 254 in the same innings was his Test-best score, unbeaten on 23.