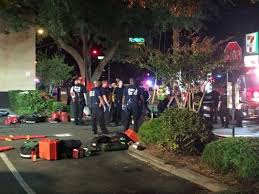 FORT MYERS: At least two people were killed and 14 others were injured in a shooting at a Florida nightclub, said police.

The shooting is reported to have broken out at Club Blu Bar and Grill in Fort Myers, Florida, during a ‘teen night’ event at 12:30am local time.

“The Fort Myers Police Department and Lee County Sheriff’s Office are actively canvassing the area looking for other persons who may be involved in this incident,” local police told media.

“At this time the scene is still very active as investigators and crime scene personnel attempt to determine what occurred.”