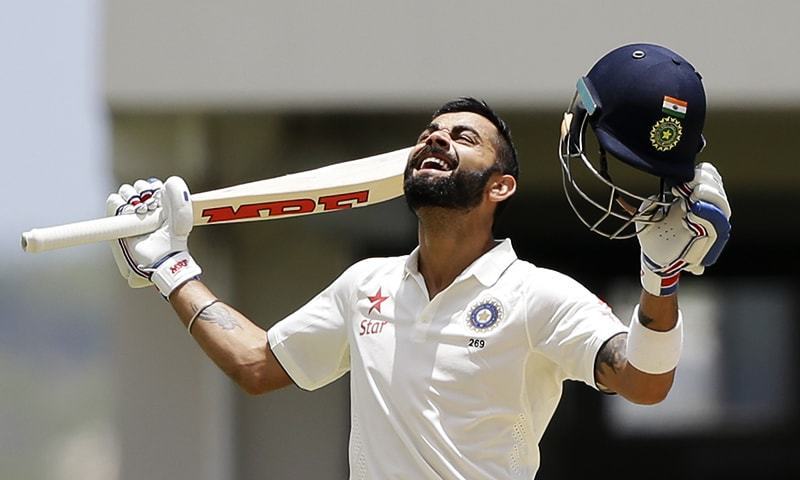 KOLKATA: India captain Virat Kohli scored his first double century in any format when he whipped Roston Chase for a quick single in the first session of the second day of the first Test against the West Indies in Antigua on Friday.

In the process, Kohli became the first Indian skipper to score a double hundred overseas in Tests.

He also surpassed his personal best of 197 not out, scored for Delhi against Pakistanâ€™s Sui Northern Gas Pipelines Ltd in September 2008 during the Mohammed Nissar Trophy at the Feroze Shah Kotla.

Kohli was on 200 off 281 deliveries at lunch, with Indiaâ€™s scoreboard reading 404 for 4. Giving him company was Ravichandran Ashwin on 64.