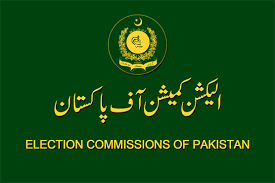 MUZAFFARABAD: The PakÂ­isÂ­tan Muslim League-Nawaz (PML-N) is set to form the next government in Azad Jammu and Kashmir as unofficial results of general elections for 41 direct seats of the AJK Legislative Assembly on Thursday suggested a landslide victory for the party.

In a sharp contrast to the earlier speculation about a split mandate, the PML-N almost wiped out its major rivals â€” the Pakistan Peoples Party (PPP) and Pakistan Tehreek-i-Insaf (PTI) â€” in most of the districts.

Among the party presidents, Raja Farooq Haider of the PML-N, Sardar Attique Ahmed Khan of the Muslim Conference (MC) and Sardar Khalid Ibrahim of the Jammu Kashmir Peoples Party (JKPP) managed to secure their seats. PTI president Barrister Sultan Mahmood was said to be losing at the hands of PML-N candidate Chaudhry Mohammad Saeed, while PPP president Chaudhry Abdul Majeed had a small lead over his rival.