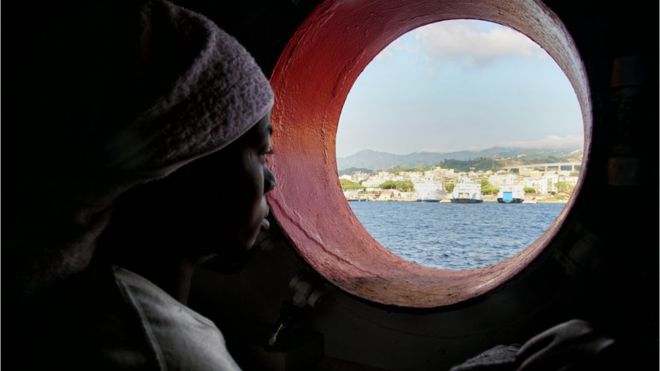 The 21 women and one man were found “in a pool of fuel and water” at the bottom of the boat, off the coast of Libya.

They had been on the dinghy “for hours”, the aid group said.

More than 200 survivors who were on the dinghy have been transferred to a boat operated by MSF. There were 50 children among them.

Jens Pagotto of MSF told Reuters news agency: “It is still not entirely clear what happened, but they died a horrible death. It is tragic.

“It seems that water and fuel mixed together and the fumes from this might have been enough for them to lose consciousness.”

Most of the people on board were from western African countries.

The survivors were among more than 2,000 migrants rescued from the water in different operations on Wednesday and taken to Sicily. Vessels from the Spanish and Italian navies and other humanitarian organisations were involved.

Thousands of migrants have died or gone missing in the Mediterranean this year, according to figures from the International Organization for Migration.

MSF patrols the Mediterranean in three rescue vessels – the Dignity 1, the Bourbon Argos and the Aquarius. Another group, called SOS Mediterranee, is also involved with the Aquarius, which was the vessel used in Wednesday’s rescue.