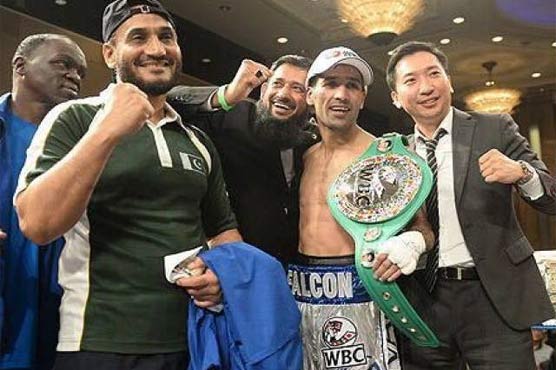 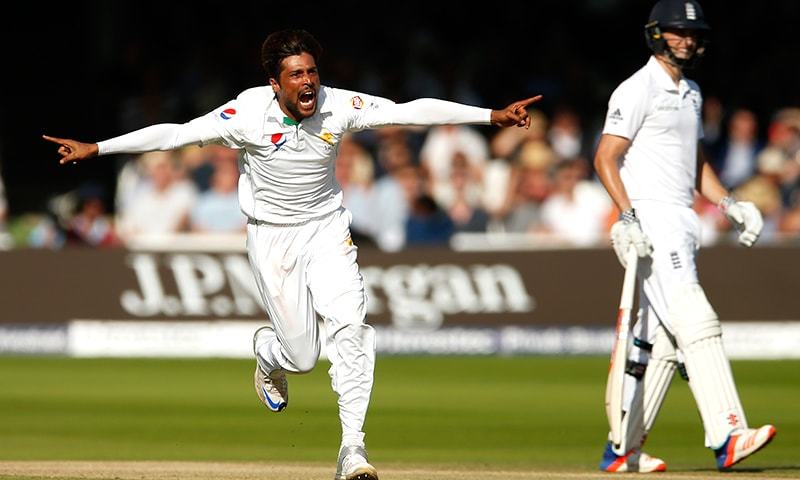 LONDON: Mohammad Amir returned to the hallowed ground of Lord’s he defiled six years ago to earn Pakistan one of their most memorable Test triumphs over England on Sunday.

The fast bowler, who served a five-year ban and jail time after admitting spot-fixing at the home of cricket in 2010, took the final wicket of the first Test to give Pakistan a well-deserved 75-run victory.

While Amir’s return to the game divides opinion, it felt like partial redemption for the 24-year-old who was cleared to return to the sport last September and who was making his first Test appearance since his ban ended.

Amir removed the key wicket of captain Alastair Cook in the first innings, and then finished off England’s resistance on Sunday as he destroyed Jake Ball’s stumps to spark joyous scenes from the Pakistan fans.

â€œHe’s part of the team that has won the Test match, it will be one of the memorable days of his life and from here he can start his career again,â€ Pakistan captain Misbah-ul-Haq said.

â€œHe’s a good kid now, he’s a mature cricketer and he can prove to everyone that he’s a good bowler.â€ Amir was touted as a potential great when he burst onto the international stage as a teenager, making his Test debut at 17.

But his world fell apart when he admitted to deliberately bowling no-balls against England and was convicted along with Salman Butt and Mohammad Asif who received seven and 10 year bans respectively.

The conspiracy rocked world cricket and reputation of Pakistan cricket was tarnished, but Misbah said the victory at Lord’s on Sunday completed a long journey back from the depths for a nation mad about the sport.

â€œIt’s been a remarkable turnaround after the 2010 incident,â€ Misbah said.

â€œThe team took real responsibility and these players showed a lot of respect for the game, fought throughout the six years and brought plenty of wins. Their on and off-the-field disciplines are really good.

â€œWinning against a top side, who are really good in their home conditions, speaks volumes for this team.â€ 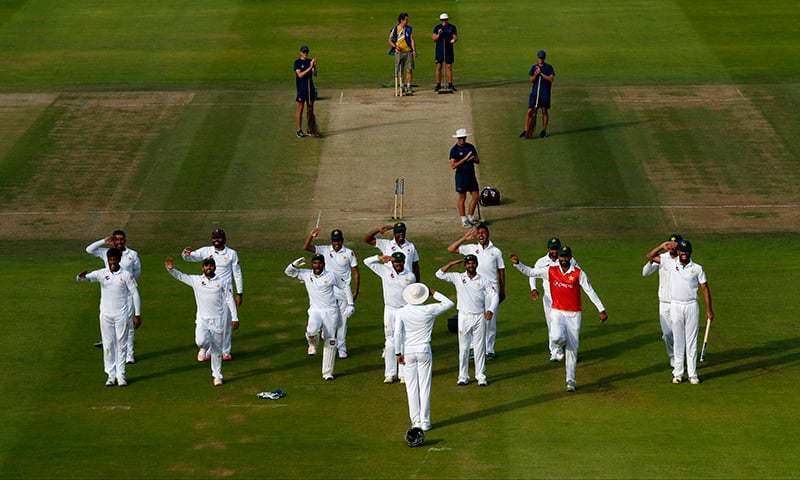 Pakistan celebrated their victory over England in the first Test at Lord’s on Sunday by performing a series of press-ups although defeated skipper Alistair Cook admitted it wasn’t pleasant viewing.

Misbah-ul-Haq’s side went on an army boot camp before the tour to improve their infamously poor fitness, and senior batsman Younis Khan led the squad in performing a routine of press-ups followed by a military-style salute in front of the ground’s famous Pavilion.

Misbah, 42, had celebrated in similar fashion on the opening day on Thursday after reaching a hundred that helped set up his team’s 75-run win.

â€œThe team was really hoping that we get a chance, because I got a chance after scoring a hundred,â€ said Misbah, the oldest man to score a Test hundred in 82 years, of his press-up celebration.

â€œI did that and everybody wanted to do that. That sends a small tribute to all those army men who were working really hard (with us).â€

â€œCertainly when you’ve lost a game of cricket for the first 20 minutes or so it’s not pleasant.â€

â€œThey (Pakistan) are entitled to do what they want. It’s united them and shows what a challenge we’ve got.â€

But Cook, speaking ahead of next week’s second Test in Manchester.

â€œHopefully the cricketing gods might (turn in our favour at Old Trafford).â€ 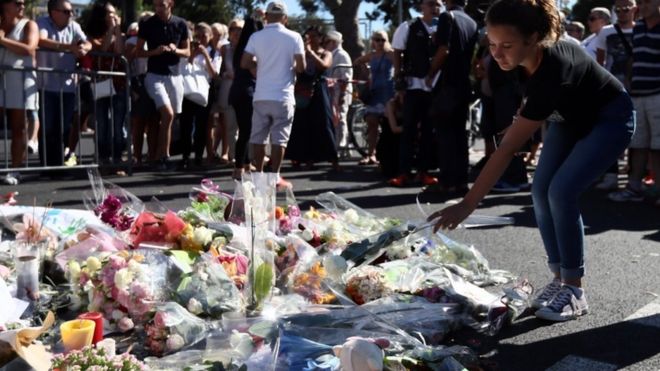 Glasgow’s Ahmadiyya Muslim community is asking faith and non-faith groups to unite in condemning the “barbaric” attack in Nice in which 84 people died.

It is inviting all groups to “stand united against extremism and all forms of terrorism” by attending a dinner marking the end of Ramadan.

A minute’s silence will be observed for the Nice victims, their families and loved ones at the event.

The Ahmadiyya community is known for its peaceful interfaith concerns.

In April, it launched a campaign promoting “peace, love and unity” following the death of Glasgow shopkeeper Asad Shah, who was a member of the Ahmadiyya community.

He died after an attack outside his shop on 24 March. Tanveer Ahmed, from Bradford, has admitted murdering him.

France has been in mourning since Mohamed Lahouaiej-Bouhlel drove a lorry into crowds marking Bastille Day, before being shot dead by police.

French President Francois Hollande has described it as a terrorist act.

In a statement, the Ahmadiyya community said it was extending a “very warm invite” to politicians, police and different community and faith groups, including Christian, Jewish and Sikh, to attend its annual Eid dinner in Glasgow on Sunday.

It added: “We are shocked and saddened to hear of Thursday’s terror attacks in Nice in which dozens of innocent people have been killed.

“The victims of these barbaric attacks and their families never deserve this and they are in our thoughts and prayers.

“All forms of terrorism and extremism are completely against the true teachings of Islam. The Holy Quran has said that to kill even one innocent person is akin to killing all of mankind.

“We hope the perpetrators of these evil attacks are swiftly brought to justice. 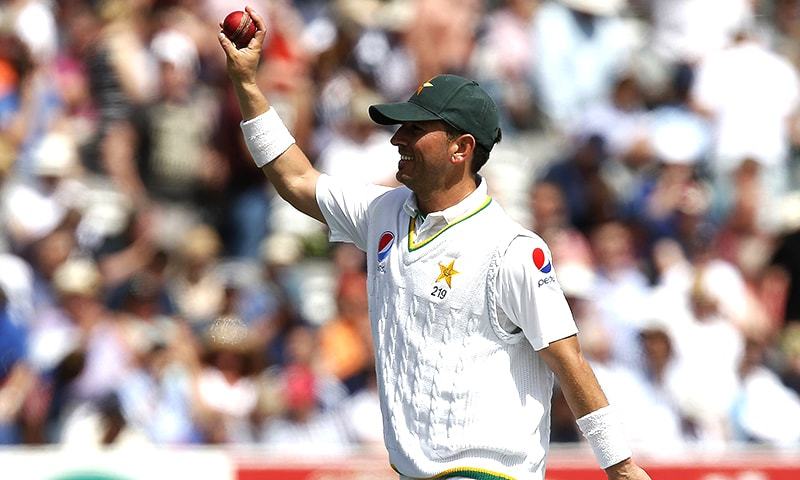 LONDON: Pakistan leg-spinner Yasir Shah on Saturday registered his name in the record books after he broke Australia’s Charlie Turner’s 123-year-old record for most wickets after 13 Test matches.

Yasir’s sixth wicket in his splendid six-wicket inning haul on the third day of the first Test against England at Lord’s bagged him his 82nd Test wicket, one more than the Australian seamer.

He became the first leg-spinner to achieve the feat in 83 years.

It is worth mentioning that Yasir has another innings to widen the one wicket gap.

The leggie is on the way to reach 100 Test wickets mark in shortest time, a feat that was achieved 120 years ago by English great Geroge Lohmann.

Yasir, who made his Test debut in October 2014 against Australia, has 5 innings to pick 18 scalps which will earn him the accolade of breaking the record.

During his first Test outside Asia, Yasir on Friday made it to the honours board after he picked five wickets at stumps on day two.