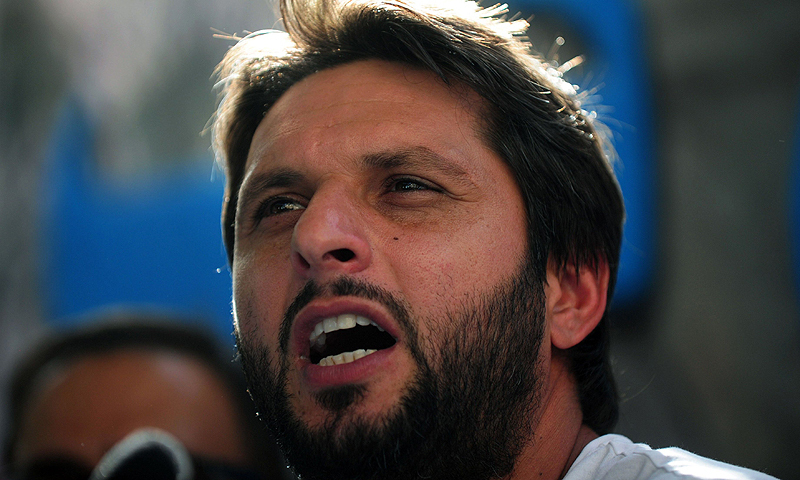 KARACHI: Former Pakistan captain Shahid Afridi has denied all rumours circling his retirement, saying that he will continue representing the country in Twenty20 Internationals.

In an interview with BBC Urdu on Sunday, Afridi said he is not eager to make a comeback to the 50-over format of the game, but wants to continue playing T20s.

â€œI wish to continue playing T20, ODI cricket, whether it is at national or domestic level or leagues … I think I am fit for the game,â€ he said in response to questions posted by fans on Facebook Live.

Having seen with Pakistan Tehreek-i-Insaf Chairman Imran Khan on many occasions, a fan could not resist asking when the swashbuckling all-rounder would be entering politics.

â€œI wish to enter politics but some well wishers and elders advice me against it,â€ the 36-year-old replied.

â€œWho is a politician? In my eyes, a politician is a servant of the people and he should serve people. I can do that without entering politics through my welfare organisation,â€ he added.

Afridi said the only thing he is certain about and planning to look after in future is his Shahid Afridi Foundation. He said it is his keen ambition to establish a school for the less privileged.