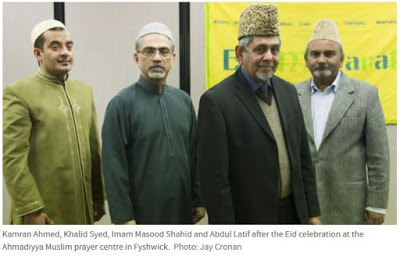 The leaders of Canberra’s Islamic communities say the best way to counter Pauline Hanson’s statements about Muslims is to continue promoting peace and tolerance.

One Nation’s policies include calling for a royal commission or inquiry into whether Islam is a religion or political ideology, stopping Muslim immigrants and refugees from entering the country, surveillance cameras in all mosques and Islamic schools, and banning the burqa, niqab and halal certification.

At a media conference on Monday, Ms Hanson asked reporters if they wanted to see “terrorism on our streets” or “our Australians murdered”.

“And if I’m so wrong and Muslims feel that way, why don’t I have them standing beside me saying, ‘Yes, we value the Australian way of life’,” she said.

Members of Canberra’s Ahmadiyya Muslim Association, part of a revivalist branch of Islam, said such messages did not intimidate them.

“We are not afraid of people who promote a message of intolerance and hatred,” the association’s vice-president Khalid Syed said.

“We know from experience that these kind of messages ultimately fail because the failure is in the root of these messages.

“We don’t have to show an exaggerated reaction to what a politician says. We should have enough tolerance to actually listen to her.”

The main Ahmadiyya mosque in Sydney holds an annual peace symposium, which Mr Syed said Ms Hanson could be invited to.

“We have to tell her and show her by our actions and our examples that we are peace-loving people.”