Will Messi come back 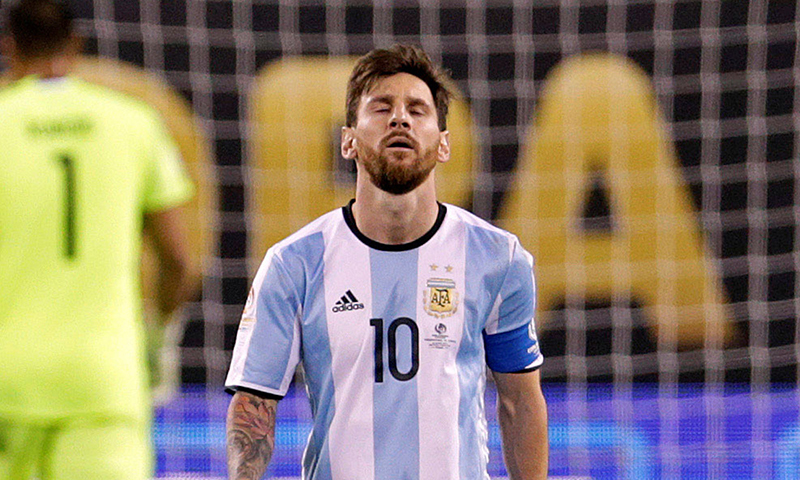 Will Messi come back

Retired Argentina captain and star footballer Lionel Messi is considering coming of out retirement later this year, according to Argentine daily La Nacion.

Exactly a week after Messi said farewell to the sky blue and white striped Argentine jersey, La Nacion reported that the national skipper will be back in November.

The Barcelona forward lost three major international finals over the past two years, the last disappointment coming after the loss to Chile in the Copa America Centenario last Monday.

Messi was also leading Argentina during the 2014 World cup campaign in Brazil in which the La Albiceleste lost the final to Germany courtesy’s Mario Gotze’s goal late in extra time.

Last year, Messi’s Argentina lost to Chile in the Copa America final which was decided after penalty shoot-outs.

The continuous heartbreak of failing to get hold of his first international honour despite coming so close thrice in two years was enough for Messi to decide that the national team is ‘not for him’.

However, if reports of a rift with the Argentine Football Association are true, the Argentine number 10 may take back his earlier decision.

A source close to Messi says that the 29-year-old ‘is already obsessed with the 2018 World Cup’ which will be held in Russia, according to La Nacion.

The source, an ex-teammate, said Messi will miss the World Cup Qualifiers Argentina are scheduled to play in September but will feature during the international break in November.

“He has to stay because he still has playing days ahead of him,” Maradona was quoted as saying by La Nacion. “He will go to Russia in form to be world champion.”

After an outpouring of disappointment by fans online, Argentinian President Macri joined the calls for the Barcelona superstar to stay with Argentina.

Macri on Twitter said that “more than ever I feel great pride for our team. I hope we can continue to have the joy of seeing the world’s best player for many years.”

“He called him and told him how proud he feels of the national team’s performance and asked him not to listen to the criticism,” a spokesman for the president told AFP by telephone.

come back, Will Messi