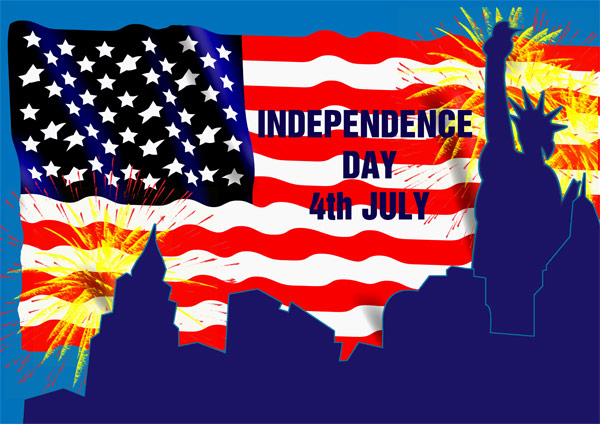 WASHINGTON â€” Â Americans are celebrating the nationâ€™s independence this weekend with fireworks, picnics and parades. For many people, including members of one of D.C.â€™s oldest mosques, a Fourth of July party means a backyard barbecue.

Each July Fourth weekend the Ahmadiyya Muslim Community in the Kalorama neighborhood of Northwest D.C. welcomes neighbors to celebrate the holiday at its backyard feast, which features barbecue and eastern delicacies.

â€œWe celebrate our own independence. America is a great country, and we are all proud of our country,â€ said Mian Wasim, president of D.C.â€™s Ahmadiyya Muslim Community.

The mosque on Leroy Place Northwest traces its roots to the 1950â€™s, when Dwight Eisenhower was in the White House and street cars ran up and down Connecticut Avenue.

â€œAhmadiyya Muslims living in this great land enjoy all its freedom, liberties and benefits,â€ Wasim said.

Wasim came to the U.S. from India in 1985. He said everyone benefits when people of different faiths spend time together.

Wasim said that at a time of fear, uncertainty and distrust, everyone should know of the greatness of the United States â€” Â a melting pot of religions and cultures.

â€œNobody cares where you came from. Nobody cares what your belief is, in fact a lot of people do not even ask about your religion or your belief or who did you vote for,â€ Wasim said. â€œWe are here in America. We are most loyal to our own America.â€