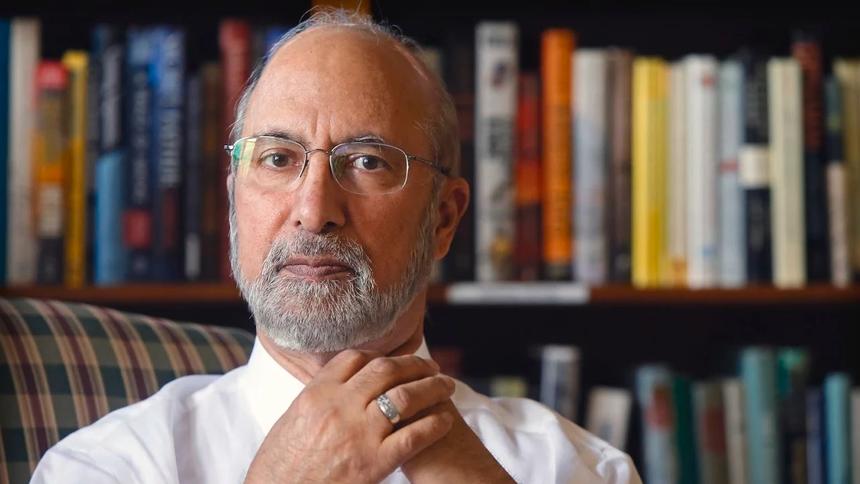 FARGO â€“ Though a minority Muslim movementâ€™s first mosque was built in North Dakota nearly 100 years ago, members of the Ahmadiyya community are few and far between in the state.

Syed Sajid Ahmad, one of the few members in Fargo-Moorhead, oversees publications for one of the most organized religious organizations in the country, and is part of a national campaign to educate non-Muslims and Muslims.

The True Islam campaign, launched after the San Bernardino, Calif., attacks in 2015, promotes 11 points that it encourages people to endorse. So far, a few members of Congress have endorsed them, as well as the San Bernardino police chief.

The Ahmadi community also runs several other campaigns, including one called Muslims for Loyalty, where members march in Fourth of July parades.

â€œWe want to counter the feelings that arenâ€™t healthy for the well-being and harmony of a country,â€ Ahmad said.

Ahmad came to the United States in 1977 from Pakistan to seek employment. Heâ€™s worked at IBM and most recently at North Dakota State University.

The movementâ€™s first mosque was built near Ross, N.D., in the 1920s. The original building no longer stands, but a symbolic structure was built on the spot in 2005.

Nusrat Qadir-Chaudhry, a Silver Spring, Md., spokeswoman for the national True Islam campaign, said the group had surveyed Muslims across the country and found alarming results. She said some people thought Islam approved of terrorism.

â€œWe really feel American Muslims need to understand their loyalty should be to your country of residence,â€ Qadir-Chaudhry said.

She said the True Islam campaignâ€™s goal is to change the narrative that the terrorist group Islamic State is presenting to non-Muslims.

â€œISIS is active on social media, so we try to be active,â€ she said.

The movement has a mosque that recently opened in Coon Rapids, Minn., near the Twin Cities, which serves Minnesota, North Dakota and South Dakota. Nusrat Mosque is sponsoring educational sessions about Islam throughout the summer.

He said the congregation participated in a parade Saturday, July 2.

â€œIt wasnâ€™t enough to say â€˜Learn about us.â€™ We have to invite people and be active about that.â€

The Ahmadiyya sect has been persecuted throughout its 160-year history. Some Sunni and Shia Muslims donâ€™t consider the sect to be a part of Islam because one of its tenets includes following the prophet Mirza Ghulam Ahmad. He was the metaphorical second coming of Jesus Christ, and founded the movement in the modern-day Punjab area of India in 1889.

â€œItâ€™s our right to disagree with the Quâ€™ran,â€ he said. â€œMan should be able to distinguish between right and wrong.â€

The movementâ€™s members believe in â€œJihad of the Pen,â€ where followers support Islam through peaceful means, and advocate a dialogue among the various religious denominations. There are between 15,000 and 20,000 followers in the U.S., and millions worldwide.

Ahmad has taught lessons and given speeches on interfaith dialogue, ethics and Ahmadiyya at local universities. He said heâ€™s looking at sponsoring more lessons and talks.

â€œThere needs to be more coming together,â€ he said.