Germany qualify for Euro semis after shaky shoot-out, Italy out 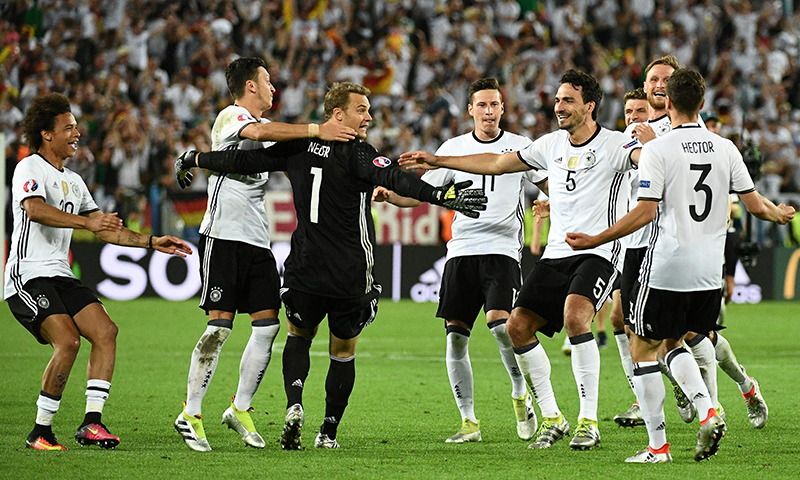 BORDEAUX: Germany moved into the semi-finals of Euro 2016 on Saturday but their un-German-like inefficiency in a penalty shootout with Italy almost cost them dear before Jonas Hector kept his head.

Germany missed three penalties before triumphing 6-5 in a rollercoaster 18-penalty shootout as Hector slotted home his kick under the diving Gianluigi Buffon and raced into his teammates’ arms.

They will face the winners of Sunday’s match between host nation France and surprise package Iceland in a semi-final on Thursday.

after shaky shoot-out, germany, Italy out, qualify for Euro semis