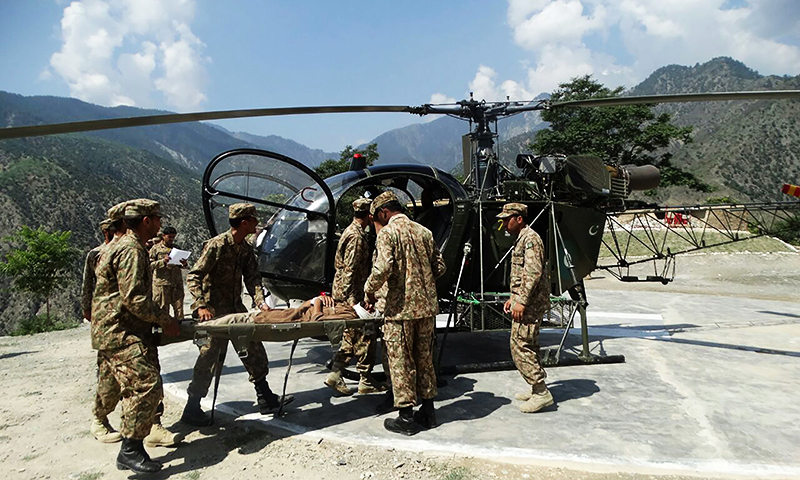 PESHAWAR: Pakistani officials Monday revised the death toll from flooding caused by torrential rains in the country’s remote north down to 33, as the military said it was flying food and medical supplies to affected areas.

On Sunday, officials had put the total number of people killed at 43, saying that 41 of them had died in a village in the Chitral district of Khyber Pakhtunkhwa province, where flash floods swept away their homes without warning.

But on Monday officials said there had been duplication in the death count, revising the Chitral toll down to 29.

They also said two more Pakistani workers had died alongside the Chinese engineers at the dam construction site, bringing the total toll across the province to 33.

Dozens of homes in the village of Orsoon in Chitral were damaged in the floods with the army saying Monday five of them were completely swept away.

The remote village had received no evacuation warning and remained cut off Monday, with roads to it damaged by the floods.

The military said it was flying in medical aid, tents and food to Orsoon by helicopter Monday.

Afghan authorities also said they had recovered 13 bodies, including of eight Pakistani soldiers, which had been swept over the border from Chitral into Afghanistan.

“We found the bodies yesterday and they were handed over to the Pakistani authorities,” Ehsanullah Fazal, head of the public health hospital in Afghanistan’s Kunar province, told AFP.