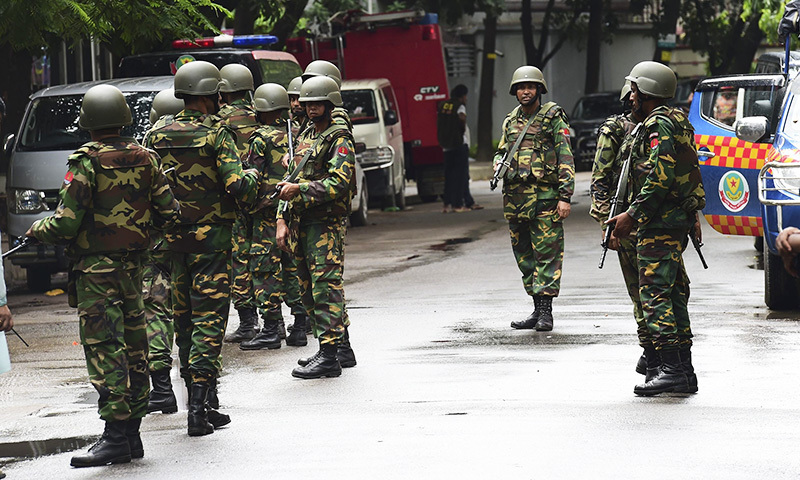 DHAKA: Armed militants killed 20 civilians after taking them hostage in a Bangladesh cafe overnight and many of the victims were hacked to death, an army spokesman said on Saturday

â€œWe’ve recovered 20 bodies. Most them had been brutally hacked to death with sharp weapons,â€ Brigadier General Nayeem Ashfaq Chowdhury told reporters in Dhaka, without giving the nationality of the victims.

The army concluded an operation to clear the cafe on Saturday, rescuing 13 people including one Japanese and two Sri Lankans.

Six gunmen were killed during the police operation and one was captured, Prime Minister Sheikh Hasina said in a TV broadcast.