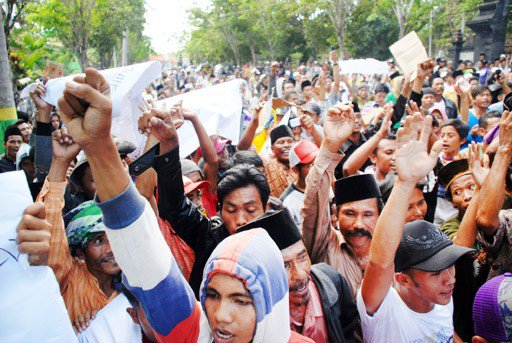 The National Commission on Human Rights (Komnas HAM) has called on the government to immediately help members of Muslim minority groups Shia and Ahmadiyah return to their hometowns and livelihoods. Their cases, says Komnas HAM, have been neglected for too long.

The two groups have been consigned to poverty after being stripped of the right to live their lives when they were expelled from their hometowns in Sampang, East Java, and in West Kalimantan, respectively, the commission chairman M. Imdadun Rahmat said on Thursday.

â€œBoth cases have been long neglected because there is no set scheme from the government for returning them to their hometowns,â€ Imdadun said in a press conference.

â€œThis canâ€™t be allowed. The state has to be there for them.â€

They have lived in poor conditions in shelters since being expelled from their hometowns for allegedly committing blasphemy. Their status as refugees has not only affected their livelihoods but also created a domino effect through their entire families.

“They cannot send their children to school, hampered by constantly improving their standard of living and finding jobs to meet their basic needs,” he added.

A mob of around 1,000 people attacked Blu’uran and Karang Gayam in Sampang on Madura Island in East Java in August 2012, forcing 270 Shiites to take refuge in low-cost apartments provided by the government in Sidoarjo, where they have stayed until today.

Meanwhile, over 110 followers of the Ahmadiyah group were violently evicted by a mob from their village in Ketapang, West Kalimantan in February 2006. They were relocated to a shelter in Mataram, West Nusa Tenggara and remain there. (vps/rin).