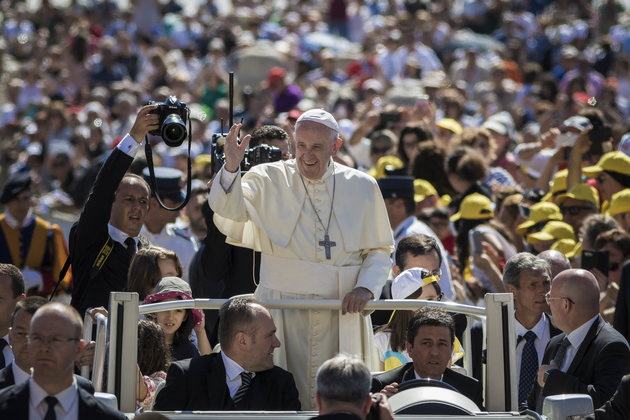 Pope Francis warned Catholics not to judge others during a Mass on Monday, June 20.

People who judge others without working on themselves are hypocrites, the pope said. And unlike Godâ€™s judgement, he added, theirs lacks mercy â€”Â a theme close to the pontiffâ€™s heart.

Instead of judging, Francis suggested that people love and pray for others.

This attitude toward judgement and mercy is one that the pope has demonstrated throughout his papacy â€” most notably, perhaps, when he answered â€œWho am I to judge?â€ in response to a question about gay priests.

The topic of judgement has also arisen in many Christian and other faith communities since the shooting at a gay nightclub in Orlando, Florida, that left 49 dead on June 12.Â Many religious leaders have urged their communities in the wake of the tragedy to investigate their own homophobic attitudes before pointing the finger at others.

As Bishop Minerva G. CarcaÃ±o, from the United Methodist Church, asked in a poignant statement to her communityÂ after the shooting: â€œAre we not contributing to the kind of thinking that promotes doing harm to these our brothers and sisters, our children, the sacred children of God?â€