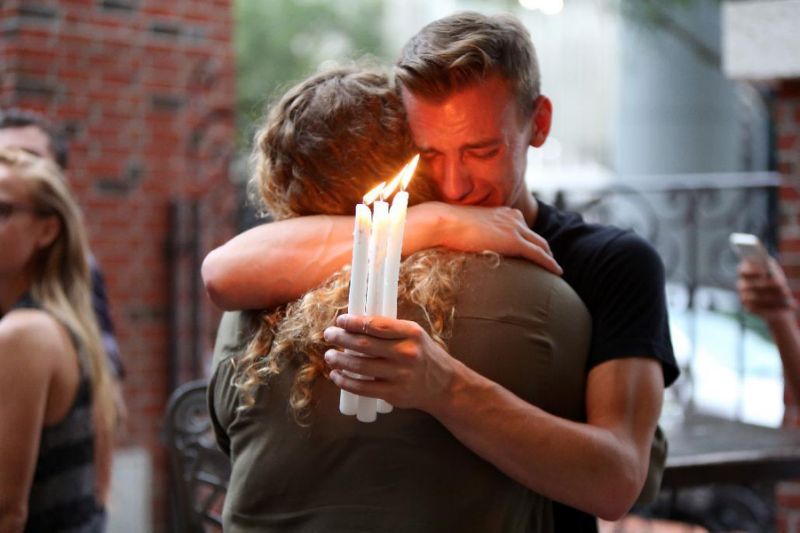 I had just awoken after my pre-dawn meal in preparation for a day of fasting, when I saw the headlines on my phone: â€œTERROR IN ORLANDO.â€Â  This incident filled me with both immense sadness and anger.Â  Sorrow for the all those innocent victims and their loved ones who were affected by this senseless and barbaric atrocity; anger at another incidence of gunman hijacking my religionâ€”Islam.

Omar Mateen, the man who killed at least 50 individuals in what is the largest massacre in the history of the United States, reportedly called 911 before the attack to pledge his allegiance to ISIS.Â  As an American Ahmadi Muslim, I wholeheartedly condemn this cowardly act as wholly un-Islamic.Â  The Quran unequivocally states, â€œâ€¦Whosever killed a personâ€¦it shall be as if he had killed all mankindâ€ (5:33).Â  Additionally, in regards to the specific group Mateen targetedâ€”Islam and the Quran do not, in any shape or form, call for the killing of homosexuals and such vigilantism is nothing short of terrorism and is condemnable as such.

In my mind, what makes this act even more egregious is that Mateenâ€”a so-called â€œMuslimâ€, committed these attacks during the holy month of Ramadan.Â  True Islam requires one to be engaged in worship and charitable acts with increased focus during Ramadan, ultimately to gain nearness and the pleasure of God.Â  What Mateenâ€™s actions illustrated was that he had total disregard for this basic Islamic tenet.Â  In fact, if he was so â€œIslamicâ€, Mateen also flagrantly seemed to miss the point the prophet Muhammad (peace be upon him) was making when stated, â€œIf any one of you is fasting, let him not utter obscenities or act in an ignorant manner, and if anyone insults him or want to fight with him, say, I am fastingâ€ (Bukhari).Â  Thus, even simple argumentation in the state of fasting is forbidden, let alone mass murdering countless innocent men and women!

After so many instances of young men being inspired by ISIS propaganda and other terrorist group agendas, the question begs: what is the solution?Â  In my opinion, it starts with sound leadership in the Muslim world, which it is so desperately in need of.Â  The Khalifa of the Ahmadiyya Muslim Community, the largest Muslim organization united under a single Imamâ€”Mirza Masroor Ahmadâ€”masterfully fits the bill for this everlasting conundrum. He recently stated: â€œWe can all see how satanic influences are leading to brutality and murder.Â  Innocent people are being slaughtered and the perpetrators claim they will be rewarded with a place in heavenâ€¦â€

You may ask, what makes this Imam so formidable and relevant?Â  Under his leadership, Ahamdi Muslims have faced immense persecution in Muslim majority countries (i.e., Pakistan and Indonesia).Â  Yet, there has never been an instance of violence or terror caused by members of this community.Â  In fact, there have also been many successful initiatives and campaigns that have been followed by members of this Muslim group in the United States, such as â€œMuslims for Loyaltyâ€ and â€œMuslims for Life.â€

What happened during the early hours of Sunday morning has been a continuation of a fearful trend.Â  While many politicians and pundits seem to aim at a rhetoric of â€œradical Islamic jihadismâ€ to justify these attacks, I simply ask, where does true Islam have any association what these buffoons are doing?Â  Clearly, Islam is not the problem because it has no place with the horrific murders Omar Mateen committed and should be condemned as such.