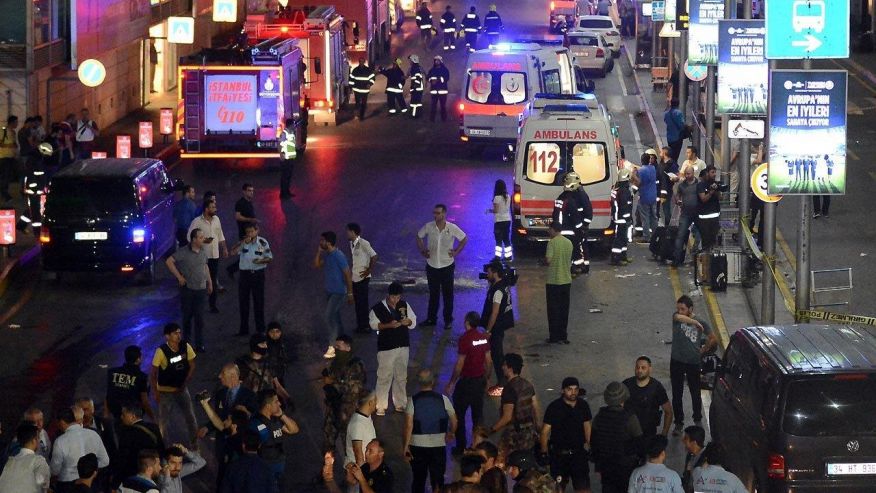 Turkey’s prime minister has called a suicide blast at Ataturk Airport in Istanbul a “heinous planned attack” as the Foreign Office said it was “urgently seeking further information” about possible British casualties.

More than 36 people have been killed and a further 147 wounded in the attack which saw three suspected Islamic State (Isil) radicals arrive in a taxi and detonate explosives after they had opened fire.

Defence Secretary Philip Hammond said he was “shocked” by the incident and that “we stand ready to help.”

Turkish prime minister Binali Yildirim has said there are foreigners are among the victims and called for “global co-operation” in tackling terrorism.

He branded the atrocity a “heinous planned attack that targeted innocent people” and said it appears IsilÂ was behind it.

“The findings of our security forces point at the Daesh organisation (Isil)Â as the perpetrators of this terror attack,” he said. “Even though the indications suggest Daesh, our investigations are continuing.”

Mr Cameron, in Brussels for what is likely to be his final EU summit meeting with fellow leaders, said the UK would continue to work with the other countries after Brexit on “keeping our countries safe, keeping our people safe – and it’s particularly important to say that tonight again when there has been another hideous terrorist attack in Turkey.”

Turkish president Recep Tayyip Erdogan said the attack, which took place during the Muslim holy month of Ramadan, “shows that terrorism strikes with no regard to faith and values.”

Calling on the international community to take a firm stand against terrorism, he said: “Turkey has the power, determination and capacity to continue the fight against terrorism until the end.”

Reporting from the scene he said: “You can see how chaotic the situation is here. Huge crowds of people are trying to get into the terminal building.”

Flights in and out of the airport, which is one of the busiest in the world, were suspended after the attack but Mr Yildirim said air traffic had now resumed.

Turkey has suffered several deadly attacks in recent months which have been blamed on Kurdish separatists or Islamic State.