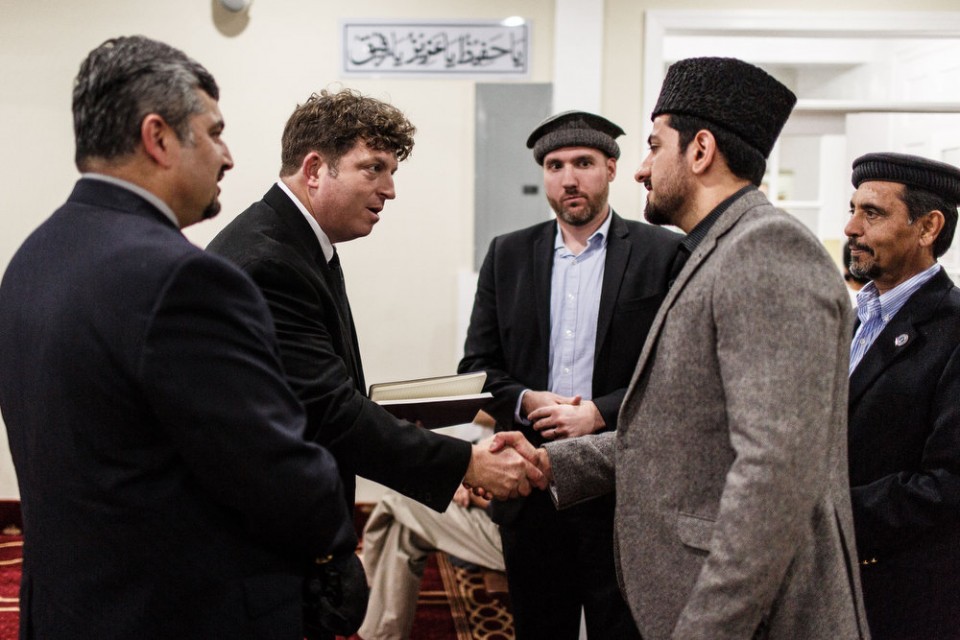 Matthew Jansen, an outspoken Donald Trump supporter, studied and broke bread with some of the new faces of America in Harrisburg Friday and, we’re pleased to report, bridges of understanding were built.

But in a political year where, increasingly, people of different viewpoints can isolate themselves in their own bandwidth, it felt like progress.

Jansen’s unlikely visit to a Ramadan celebration at Harrisburg’s Hadee Mosque was prompted by what became a public furor over a voice-mail rant Jansen directed at a United Church of Christ pastor in York County earlier this month.

In Jansen’s Donald Sterling-like moment, he called out the Rev. Christopher Rodkey for using a roadside signboard at his Dallastown church to offer Ramadan blessings to its Muslim neighbors.

Jansen was publicly chastised for the call and a subsequent Tweet posting the church’s telephone number.

And, in short order, he was also offered a sign of grace from the Hadee congregation of the Ahmadiyya Muslim Community, which invited Jansen to its Friday prayer service and fast-breaking iftar in what it hoped would become a teachable moment.

For the uninitiated, the month-long celebration honors the time when Allah, via the angel Gabriel, revealed the first verses of the Quran, the holy book of Islam, to the prophet Muhammad.

It is marked by, among other things, daily dawn-to-sunset fasts.

Jansen took in the sermon on the true meaning of jihad from Imam Hassan Ahmed – it is a word, you should know, that is laden with several meanings, all of which boil down to living a Godly life.

Then, it was the guest’s turn.

Jansen first tried to explain his rant, which he characterized as an ill-conceived but heartfelt attempt to engage Rodkey in a debate about what he saw as a series of provocative roadside messages that.

(In other settings, Jansen has apologized for that rant, in which he called the Muslim faith “godless.”)

He then peppered the imam and his congregants with a series of questions about their church.

In the healthy give-and-take that followed, Jansen heard:

* Pleas from congregants to understand that 30,000 Isis fighters, and lone wolves who may act in their name, can not be allowed to represent 1.6 billion Muslims across the world.

When Jansen asked how many Muslim sects in the United States are “hostile” to the West, Ahmed said the true answer is that there are only rogue individuals with personal or political agendas.

The lessons taught in most American mosques, Ahmed said, are given specifically with an eye toward preventing radicalization.

* A near-universal rejection of Trump’s controversial call for a temporary ban on Muslim immigration into the United States until “broken” terror screening policies can be established.

In a church full of immigrants, some of whose families came here to specifically to escape the persecution sometimes directed against members of the Ahmadiyya faith, that was seen as the height of unfairness.

“You can say: ‘Let’s ban this small group,'” said Dr. Mubashir Mumtaz, a cardiologist at PinnacleHealth. “But for the rest of us who are peaceful… It’s almost like being a second-class citizen of a country where you are contributing very positively.”

Afterward breaking the fast with mosque leaders, Jansen praised his hosts as representing the very best of the American Dream.

“It was neat to do this, and I’m still enjoying myself,” he said.

But, as in the fashion of the presidential candidate he supports, Jansen made clear that he is taking his understanding of the American Muslim community one church at a time.

Jansen reiterated he has nothing but respect for the Ahmadiyyas, whom he praised for learning the English language, fully participating in the economy and “engaging in the dynamic of America.”

But it is impossible, he conceded, for him to say that he can feel as comfortable about the Muslim faith universally.

“If anything, (Friday night’s experience) has solidified it,” Jansen said, because he still believes the American government must do a better job of filtering the potential terrorist from the next contributing citizen.

His hosts took the comments in stride and saw progress.

After all, they said, it is better to agree to disagree than rant before you’ve ever heard the conversation.

“I think this is a huge step in the right direction as far as Mr. Jensen is concerned, and as far as we are concerned,” Mumtaz said as the ceremonies wound down.

“I think is a path to friendship. … You don’t develop a relationship, a friendship in one day. We might not be able to change his mind today. But maybe tomorrow,” Mumtaz added. 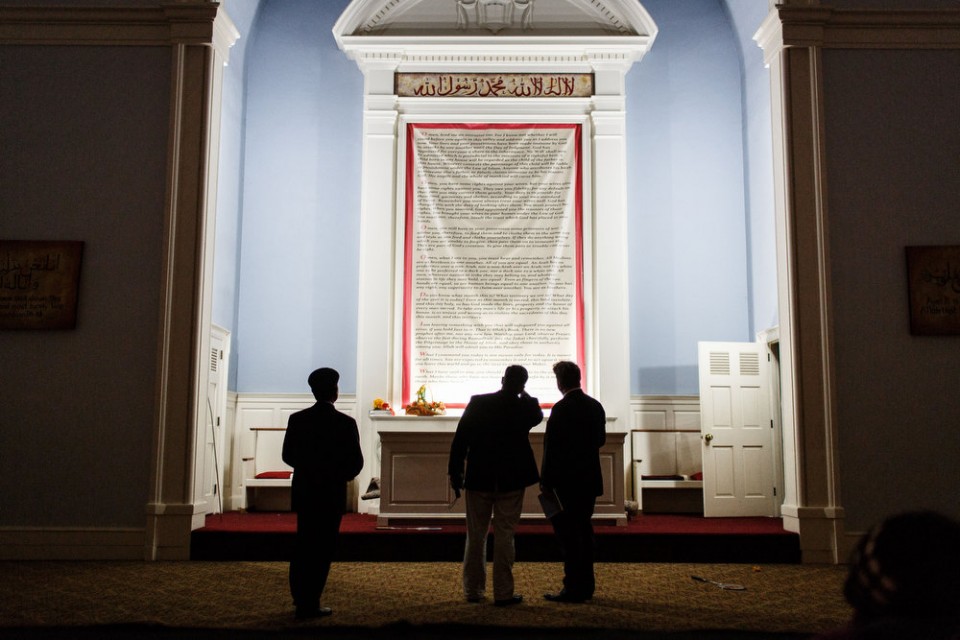