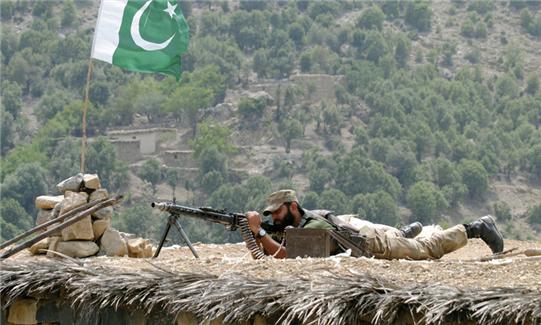 KHAR: Security forces claimed on Friday to have repulsed an attack on their checkposts in border areas of Nawagai tehsil in Bajaur Agency by militants from Afghanistanâ€™s Kunar province.

They said the militants had fired rockets and mortar shells at several checkposts located along the Pak-Afghan border. However, no casualty was reported in the attack.

Security forces, with the help of volunteers of a local peace committee, retaliated the attack and later launched a search for the assailants.

Two of the militants were wounded while escaping after the attack.