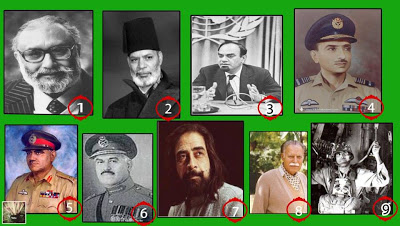 What are people to do who have experienced unconditional love from Ahmadi teachers, students, co-workers andÂ neighbors?

When a popular TV talk show host in Pakistan, Hamza Ali Abbasi, questioned the right of the state to brand a minority Muslim group as non-Muslim, social media went ablaze with calls for Abbasi’s death. While Abbasi would get support from scholars like Abdullahi Naim, who argues that the Islamic state cannot adjudicate on a person’s beliefs, large segments of the Pakistani population are too indoctrinated to discern such wisdom.

Many Pakistani Muslims are taught that Ahmadis are kafirs (disbelievers) for they do not believe in the finality of Prophethood. Ahmadis argue that their promised Messiah and Reformer confirmed the seal of Muhammad (upon whom be peace). It is this doctrinal difference that has stoked immense persecution of the Ahmadis of Pakistan.

In the 50s while the average Muslims were living in mutual co-existence, clerics instigated riots demanding the expulsion of Ahmadis from key positions of power. Some were involved for political purposes, others, including prominent Sunni Muslim scholars, acted out of the fear of dilution of their strongly held values. Instead of reasoning with dialogue, they resorted to riots.

They sought to marginalize the very community whose members were instrumental in the creation of Pakistan. Indeed, in the first half of the 20th century, when clerics were embroiled in divisive politics, attacking Pakistan, the Ahmadiyyah movement supported Jinnah, the founder of Pakistan, to the hilt.

The love of the Ahmadis for Pakistan is noted through the contribution of several Ahmadi generals in the Pakistani army, the first foreign minister Sir Zafrullah Khan and the Nobel Laureate Dr. Abdus Salam. However, the achievements of such Ahmadis, who served their country with pride, were eventually sidelined, obscured and diminished.

In the 70s, clerics once again instigated commotion for people who act out of fear can never rest unless they obliterate every semblance of the object of their fears. Eventually, the 2nd amendment in the Pakistan constitution expelled Ahmadis from Islam. This however, did not allay the concerns of the clergy and so under a tyrannical dictator in the 80s, discrimination was institutionalized. The following decades brought forth immense persecution of the Ahmadi community.

Year after year, religious groups hold conferences in Pakistan on the protection of the finality of Prophethood. Instead of solving real problems like poverty, illiteracy, shortages of electricity, they focus on spreading more hatred. The sole purpose of such groups is to inflict more persecution on an already persecuted community.

In a country with abysmally low literacy rates clerics easily indoctrinate hatred of Ahmadis in the guise of “protecting” Islam. As a consequence, Ahmadis are refused service by shopkeepers, their mosques are attacked, their graves are defaced, Ahmadi students are harassed and above all, their identity is denied when they are forbidden to use any Islamic symbol or greeting of peace.

Ordinary Muslims are told not to have Ahmadis as friends or to have any relations with them. But what are people to do who have experienced unconditional love from Ahmadi teachers, students, co-workers and neighbours? Are we supposed to hurt human beings in the name of protecting an abstract doctrinal difference? Any person with an iota of humanity would not succumb to such callous raw hatred.

There are still Muslims who bypass hateful clerics to follow the verdict of the Qur’an, which forbids believers from charging others, who offer a greeting of peace, with disbelief. The Prophet cemented this value by stopping Muslims from imputing disbelief to those who recite the Muslim testimonial — there is no god but God and Muhammad is His Messenger. Indeed, the six articles of the Muslim faith are inclusive enough to not harp on doctrinal differences.

Ahmadis are our brothers and sisters. The same blood runs in their veins as it does in ours. They too love their neighbours as they love themselves. They too stand in prayer and spend helping others. They might be nearer to God than many of the so-called righteous we see around us. What right have we to malign and abuse them when Allah Himself bestowed them with dignity? How dare we try to usurp their identity when it is not our place to do so?

To undo decades of persecution will require sustained and concerted long-term efforts to undo the effect of hate that generations of Pakistanis have been indoctrinated with. While such efforts may be risky in Pakistan, as noted through the death threats experienced by even popular celebrities, it behooves upon Pakistanis in countries with religious freedom to express solidarity with their Ahmadi brothers and sisters. This is not an option or any favour to Ahmadis but a collective responsibility and obligation to our fellow Muslims.

Any change starts with a single step, the least of which is to let our Ahmadi friends, co-workers and neighbours know that no matter what the clerics say, we choose to stand by them with a simple hug, smile and kiss for that is the message of the Qur’an and the Prophet, which is nothing but the eternal message of love — unconditional, relentless, radical, everlasting love.

This call for change is supported by: