David Cameron steps down as Britain votes to leave EU 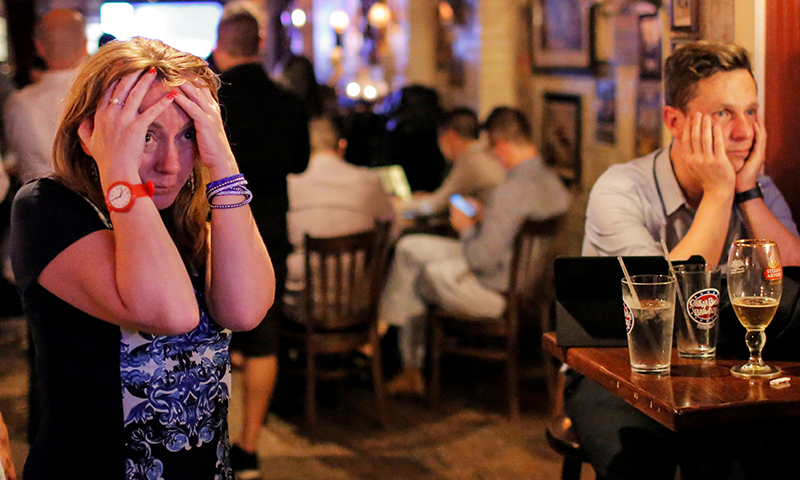 LONDON: British Prime Minister David Cameron said he would stand down by October after voters decided Britain should leave the European Union, something Cameron had campaigned against.

Following are comments by Cameron who was speaking to media outside his 10 Downing Street residence on Friday:

â€œI will do everything I can as prime minister to steady the ship in coming months, but I do not think it would be right for me to captain that ship.â€

â€œThere is no need for a precise timetable today, but we should aim to have a new prime minister in place by the start of Conservative conference in October.â€

â€œThe cabinet will meet on Monday, the governor of the Bank of England is making a statement about the steps it is taking.â€

David Cameron, steps down as Britain votes, to leave EU