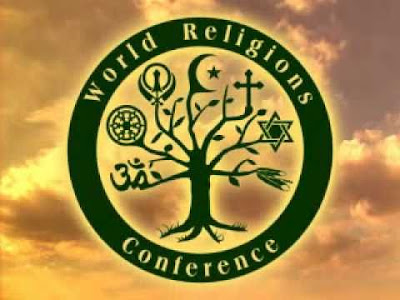 The third annual World Religion Conference (WRC) will be held this weekend on June 25 at the Sawridge Inn and Conference Center at 2 p.m.

The event is free and open to the public. Doors will open at 1:30 p.m. to give attendees time to settle in and get their complimentary refreshments before the panel begins.

The World Religions Conference (WRC) was the idea of the Holy Founder of the Ahmadiyya Muslim Community, Hazrat Mirza Ghulam Ahmad, who came up with the concept over a century ago. It is meant to foster interfaith harmony and promote peace in society. The organization Ahmadiyya Muslim Jamaâ€™at (AMJ) carried out these conferences for years across the world. WRCâ€™s have been held in Canada for four decades.

This year, there will be speakers from the Church of Latter-Day Saints, Christianity, and Islam. They will discuss the topic of building bridges of understanding and mutual respect. During the conference, the audience is encouraged to ask questions pertaining to the topic. Many of the speakers will remain after the event to have one-on-one conversations with participants.

â€œItâ€™s a good opportunity for people to talk to each other and make friends,â€ said Sultan Mahmood, one of the organizers of the event.Peace River has had two WRCs before, with a turnout of around 50 people. While the turnout isnâ€™t the greatest in comparison to other conferences, they are seeing an increase in guests annually, and hope to welcome more attendees this year.â€œThe encouraging thing is that people always have good opinions of the programs and want us to keep doing it,â€ Mahmood said.The AMJ and everyone involved encourages residents in the Peace region to attend the event.