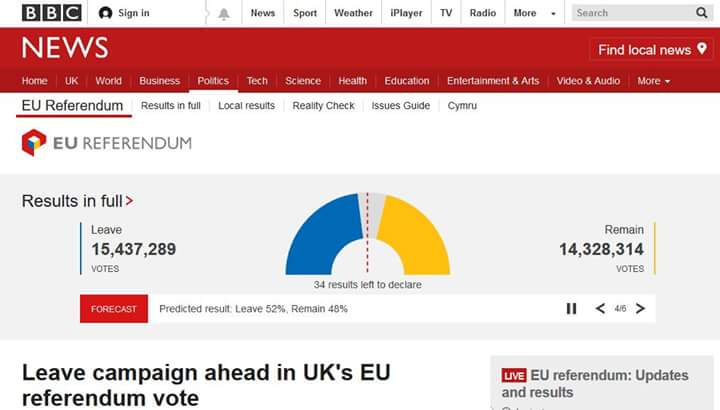 LONDON: Supporters of leaving the European Union seized the lead on Friday in the vote count from Britain’s bitterly contested referendum, setting sterling on track for its biggest ever fall on world markets.

The British currency fell as much as nine per cent to a 30-year-low below $1.35, marking a sharper dive even than on ‘Black Wednesday’ in 1992 when financier George Soros was instrumental in pushing the pound out of the Exchange Rate Mechanism that predated the euro. 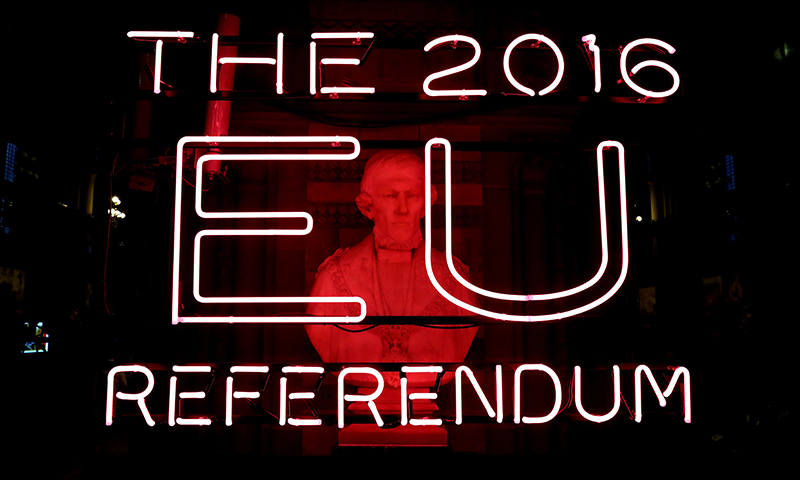 A sign is pictured at the doors of the announcement hall in Manchester Town Hall, north west England on June 23, 2016 where the final result of a referendum on whether the UK will remain or stay in the European Union (EU) will be announced when counting has finished.
Millions of Britons began voting Thursday in a bitterly-fought, knife-edge referendum that could tear up the island nation’s EU membership and spark the greatest emergency of the bloc’s 60-year history. The final national result will be announced by Jenny Watson at Manchester Town Hall when counting has finished. / AFP PHOTO / POOL / Peter Byrne