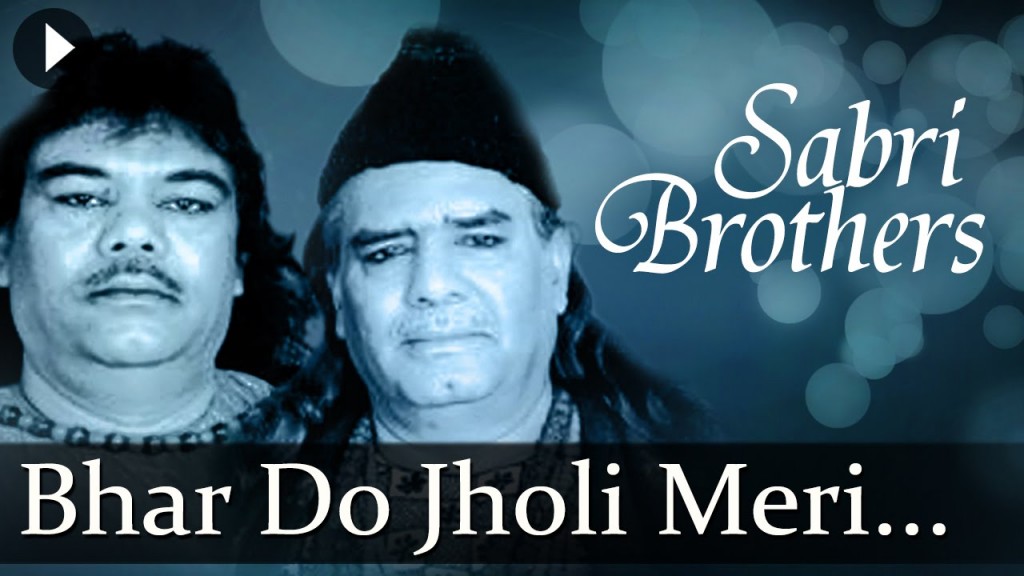 AMJAD Sabriâ€™s had one of the most power-packed voices in contemporary qawwali music. Unlike another Pakistani vocalist hailing from a qawwal family Rahat Fateh Ali Khan, who opted for mainstream film music, Amjad carried on with the legacy of this distinct genre of devotional music popularised throughout the world by the inimitable duo of his late father Ghulam Farid Sabri and uncle Maqbool Sabri.

Such was the popularity and impact of some of their qawwalis which became famous in the 1960s and â€™70s that to date musicians are revisiting them in their creative pursuits. Two of the latest examples being one â€˜Tajdar-i-Haramâ€™ performed by Atif Aslam in the last edition of Coke Studio and another, â€˜Bhar do jholiâ€™, sung by Adnan Sami Khan for the Bollywood film Bajrangi Bhaijaan. Both became instant hits, signifying the purity of their kalaam and the strength of their compositions.

Ghulam Farid (1930) and Maqbool Sabri (1941) were born in Kalyana, Rothak district, Haryana. After partition their family migrated to Karachi and lived in a camp for some time. Though the brothers were heavily into music, initially they did not perform together. Maqbool was a fine, fine singer, but once Farid joined him in the group, his imposing personality, long hair and a baritone voice added the X factor to their music. Faridâ€™s heartwarming intermittent chant of â€˜Allahâ€™ during qawwalis became a trademark of the troupeâ€™s concerts. Of course, the immense success that they achieved could not have been had if they were even a notch less composers.

Ghulam Farid Sabri had five sons, but it was Amjad who decided to continue with the family tradition. He did not veer off the track. He, with a great degree of pride, presented the kalaam and tunes made by Farid and Maqbool Sabri. He knew that the art of qawwali singing was no childâ€™s play. So he did not tamper with the original compositions. What he did do was that he added his own flavour to the musical gamut that was available to him. A section of music connoisseurs believes he emulated his fatherâ€™s style in vocal modulations, which in itself is no mean feat, but to be fair to him he had a pretty decent range. To boot, he could sing film songs with great facility.

Amjad appeared regularly on television programmes, especially on morning shows, where not only did he sing his heart out, but also showed the lighter side of his personality. He would take part in games that TV anchors would request him for. Sadly, he landed in trouble by participating in one of the chat shows.

A few months back, Amjad was in the news for strongly protesting against the inclusion of the iconic Sabri brothersâ€™ qawwali â€˜Bhar de jholiâ€™ in the Salman Khan-starrer Bajrangi Bhaijaan. He was unhappy that the makers of the movie did not seek his familyâ€™s permission for using it in the big-budget project. In reply, no convincing argument was presented by the filmâ€™s producers.

Amjad Sabri leaves a wife, three sons and two daughters. He was 45. His namaz-i-janaza will be held on Thursday after Zuhr prayers at Furqania Masjid in Liaquatabad. He will be laid to rest in the Paposhnagar Graveyard.