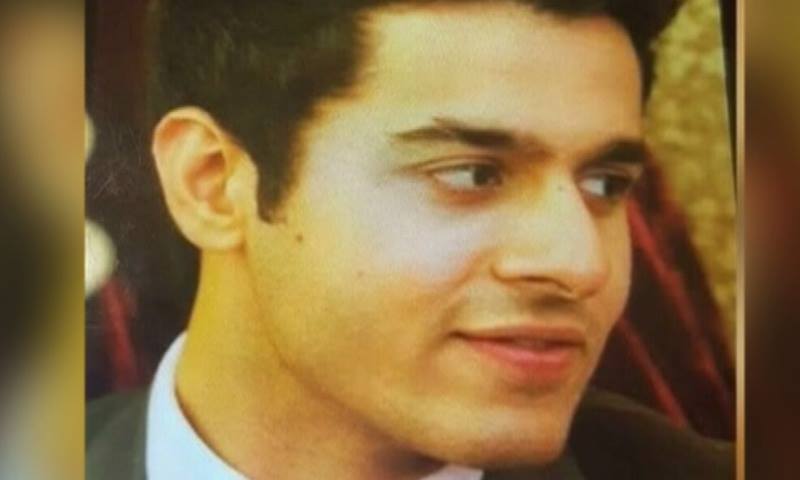 KARACHI: Police registered a case on Wednesday against â€œunknown suspectsâ€ for kidnapping Awais Ali Shah, the son of the Sindh High Court chief justice, as investigators of the law enforcement agencies groped around in the dark for clues to the young lawyerâ€™s whereabouts or motive for and people behind his kidnapping with the chief minister announcing a Rs10 million reward for help leading to his recovery.

The investigations of Awais Shahâ€™s kidnapping case remained the focus of the cityâ€™s security apparatus till afternoon when the news of Amjab Sabri qawwalâ€™s killing hit the headlines and drew attention of all police and Rangers high-ups to the news.

Earlier the Clifton police registered an FIR [352/2016] under Section 365 (kidnapping or abducting with intent secretly and wrongfully to confine person) of the Pakistan Penal Code (PPC) against unknown suspects on a statement of the Sindh High Court registrar on behalf of Chief Justice Sajjad Ali Shah.

â€œThe probe into the incident has gathered pace,â€ said a police official wishing not to be named. â€œThere are a few clues which may help clearing the picture further but, frankly speaking, right now there is nothing credible to determine people and motive behind the incident. The thing which is now turning quite obvious is itâ€™s not a conventional kidnapping for ransom case.â€

The incident remained a challenge for the security agencies and the Sindh government as was suggested by the meetings and the activities in the corridors of power. To discuss the incident and progress for the safe recovery of Awais Shah, Corps Commander of Karachi Lt Gen Naveed Mukhtar called on Chief Minister Syed Qaim Ali Shah at CM House.

The chief minister also announced a Rs10 million reward for any credible information that may help solve the case and recovery of Awais Shah. On Tuesday the Sindh Rangers DG had also announced a Rs2.5 million reward inviting peopleâ€™s help to solve the case. CIA DIG Sultan Khowaja, who is heading the eight-member police team, came up another appeal and this time to trace any clue to the car suspected to be used in Awais Shahâ€™s kidnapping.

â€œThe people are requested to come forward and help the police if they have any information about white Toyota Axio bearing Sindh police registration SP-0586. The people can contact at 0321-2119006 or send emails at highprofilekidnapping@gmail.com to share any credible information,â€ said a Sindh police statement.

Meanwhile, Sindh IG A. D. Khowaja removed SSP-South Dr Muhammad Farooq and Clifton SP on directives of the chief minister for falling short of professional requirement which led to a delay in reporting the kidnapping of Awais Shah. Both officers had been asked to report to the central police office, added the statement.