UEFA Euro cup 2016; Russia will play against Wales, England will go against Slovakia 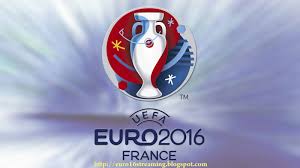