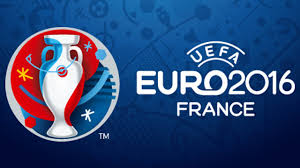 Three big matches were played yesterday in Euro cup 2016 on Thursday. In the first match England beat Wales by two goals to nil. In the second match southern Ireland beat Ukraine and the third match of the EUFA Euro cup 2016 was remained draw between world Champion Germany and Poland. There will be three matches played in Euro competition. In the first match Italy will take on Sweden, Check republic will play against Crusia and Turkey will fight against turkey. Catch all the live action 0n Irabwah.com.