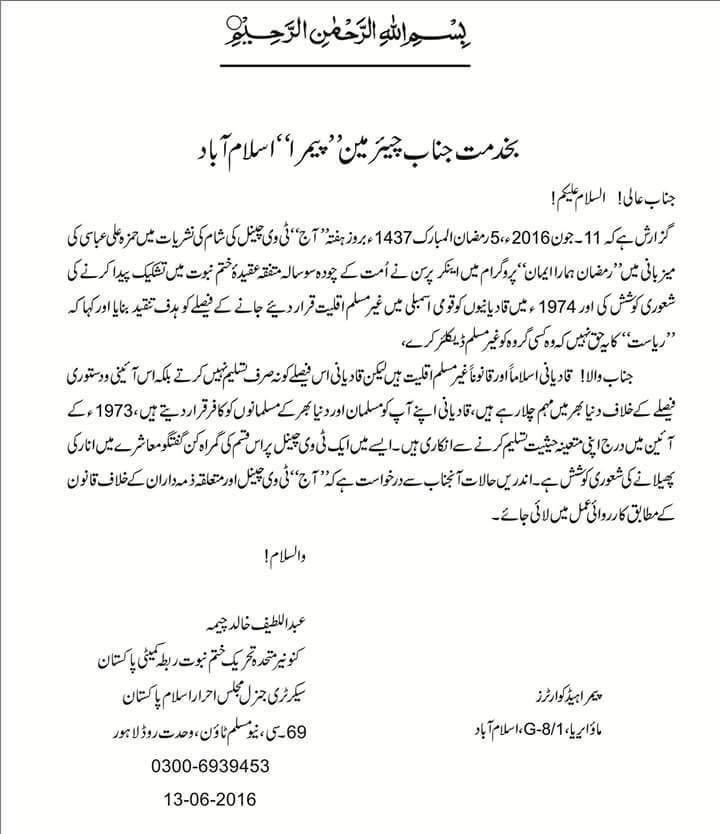 Hamza Ali Abbasi is under great amount of pressure from the different religious organizations and leaders for speaking in the rights of Ahmadis.

Tehreek E Khatam E Nabuwat Pakistan has officially submitted the complaint against Hamza Ali Abbasi and Aaj Tv for raising the voice against the hate and discrimination against the Ahmadis in Pakistan.

Remember that hamza Ali Abbasi raised the issue of Ahmadi Community in his tv show at Aaj tv. Hamza Ali Abbasi is one of the names who keep talking in the different platforms for the rights and hate speech against the Ahmadis. Despite of facing danger from the religious extremists he is famous for his bold posts and comments for the human Rights.

Hamza also spokeÂ to the governmentâ€™s participation in deciding who Muslim is, and who isnâ€™t.