Chiniot; DPO has banned 45 religious leaders to enter in District Chiniot to maintain Law in order 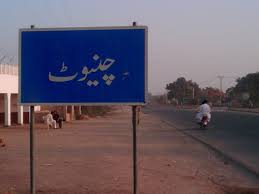 Chiniot; District Police Officer Chiniot Mr. Mustansar and District Quardination officer Mr Shoukat Khichi has banned 45 religious personalities and leaders to enter in the Chiniot area in order to maintain law in order situation. According to the details Chiniot district administration has decided to ban the religious personalities that can disturb law in order situation. About 45 cleric people from Deo Band School of thought, Shia and other cleric leaders will not allow to enter in the Chinot District in the month of Ramdan.