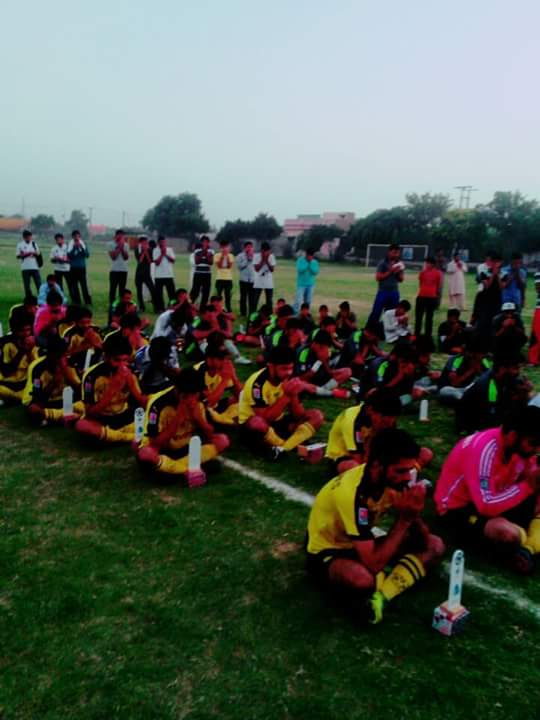 Umer FC has won the grand final of the Fazal E Umer Soccer League 2016. The final of Fazal E Umar Soccer League season 2016 was played between Umer FC and Tahir Soccer Club at the ground of Dar Ul Yaman. A Large number of crowds gathered to see the final of the tournament. Mirza Fazal Ahmad Nazir Taleem Sadar Anjuman Ahmadiyya was the chief guest of the ceremony.

First half of the match was a very thrilling one and both teams attacked on each other but could not score the goal. In the second half Umer FC managed to score the first goal of the match. Tahir Soccer club tried their best to equalize but could not score. In the final minutes of the match Umer Fc scored the goal and one the second season of the Fazal E Umar Soccer league and beat the favorites Tahir soccer club. Remember that Tahir soccer club finished at the top of the table after league matches whereas Umer FC finished at the 4th place.

After the match Chief guest Mirza Fazal Ahmad awarded the wining trophy cash prizes and shield to the winning and losing teams.