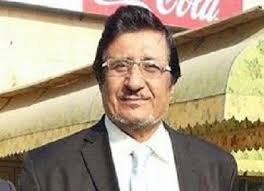 DPO Chiniot Shokat Khichi and Minister of Minorities have spoken to a press conference in Chiniot and have strongly condemned the killing of Ahmadi Doctor Hameed Ahmad in Attok on the religious bases.

Tahir Sindhu the Minister of Minorities said that CM Punjab Shehbaz Sharif has taken notice of the killing and has condemned the incident. Shehbaz Sharif has ordered the inquiry of the incident and has ordered to arrest the criminals as soon as possible. He said that the teams have been made to arrest the killers and the murderers will be arrested soon. He said that no one will be allowed to harm anyone on the bases of faith. DPO said that the security measure are being taken to protect the Ahmadis.

DR Hameed Ahmad was killed in Attok by the unknown bike riders in front of his clinic. He was a humble man and a good poet too.