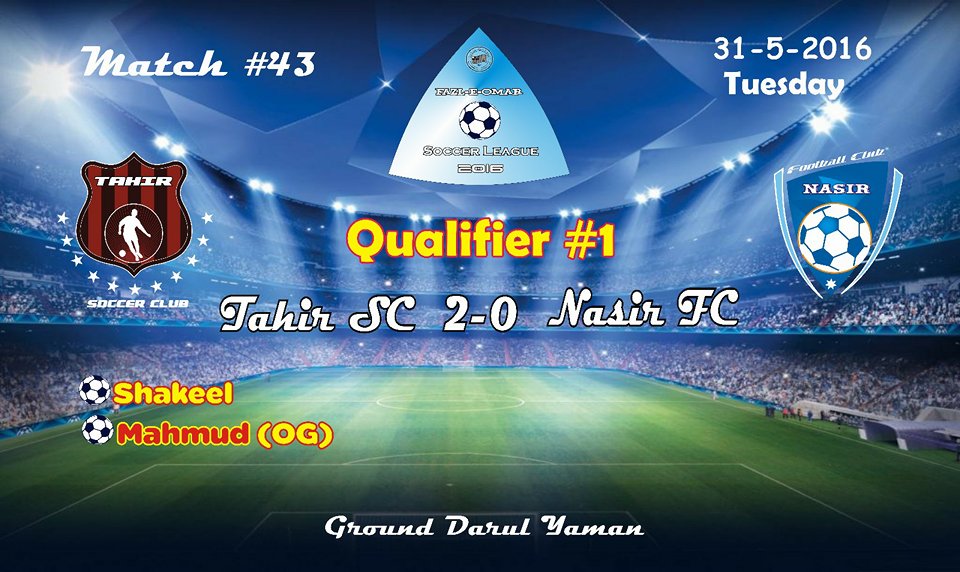 Fazal E Umar Soccer League has reached to its final stages as Tahir Soccer Club has reached into the final of Fazal E Umar Soccer League after beating Nasir FC with two goals to nil. Tahir Soccer Club finished at the top of the league after 12 matches and they played the knock out play off against Nasir FC. The winner would make through the final as Tahir soccer club did. The captain Shakeel scored the first goal of the match for his team whereas Waqas scored the second goal of the match. Nasir FC still has a chance to make the place in the final as thay will compete with the winner of second playoff match.