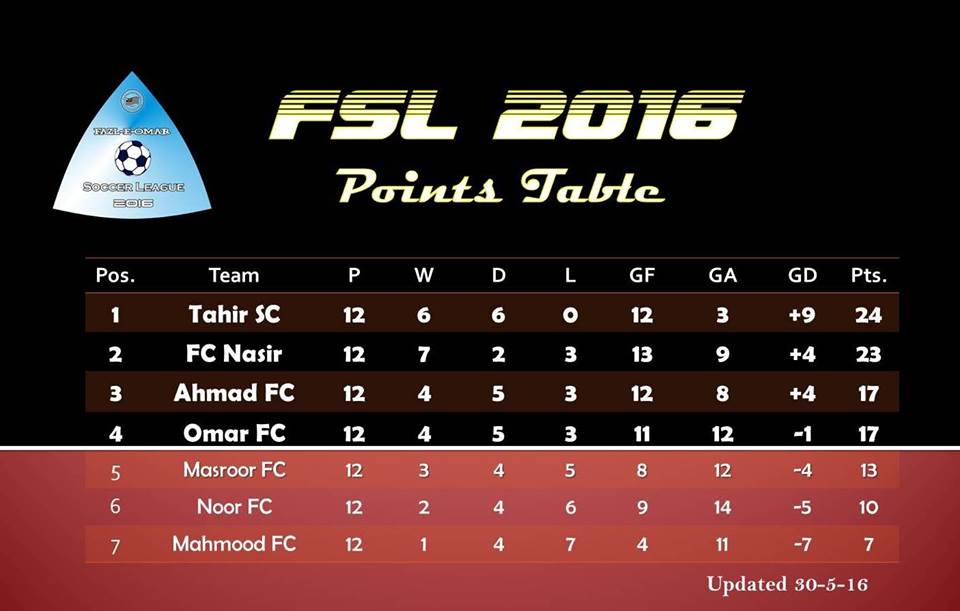 Fazal E Umar Soccer League; All league matches of Fazal E Umar Soccer League have been finished and final points table has decided the four teams that will play each other for playoff matches. All teams have played their 12 matches and Tahir Soccer Club is on the top of the table with 24 points in their 12 matches. Nasir FC is standing on the second of the table with 23 points in 12 matches. Nasir FC will play first playoff match and the winner will go through the final of the competition. The looser of the qualifier will play against the winner of the match between 3rd and 4th position. Umer FC and Ahmad FC will play each other as they are standing on the 3rd and 4th place in the table with 17 points each. Masroor FC took the 5th position Noor FC took 6th and Mehmood FC took the last position in the table