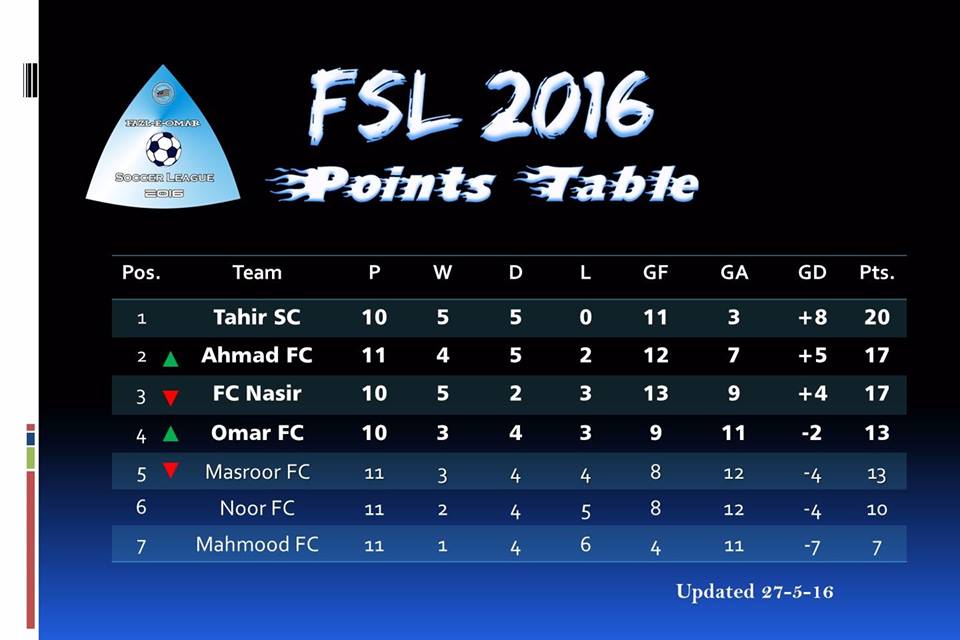 Fazal E Umar Soccer league is continued with its full action and second leg of the tournament has started. Tahir FC still clinching the top place in the group after beating Mehmood FC with the score line of 3-0. On the other hand Ahmad FC has also won its match against Omer FC two goals to nill.