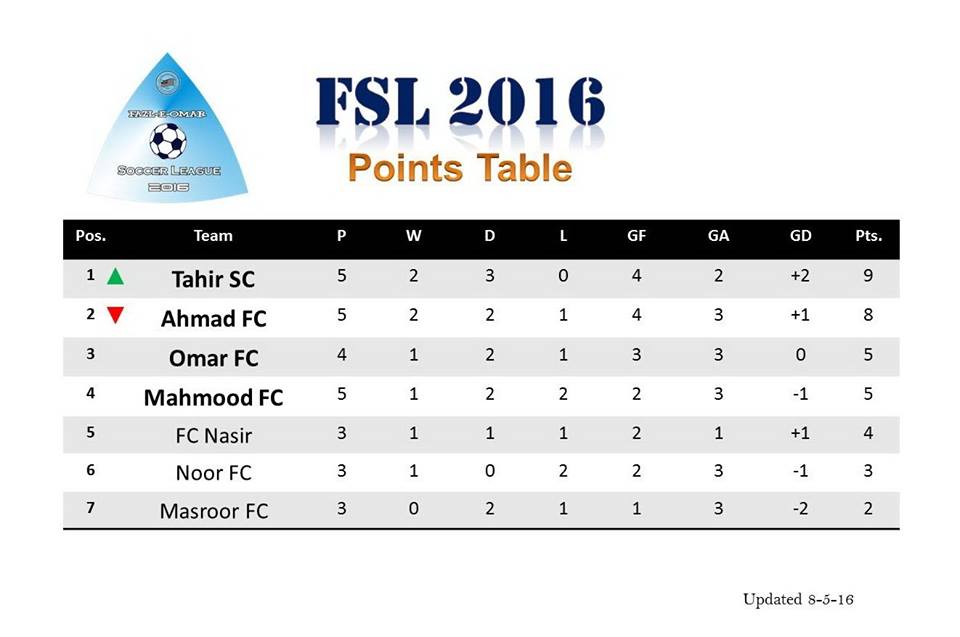 Fazal E Umar Soccer League has taken a big turn out as Tahir FC has taken away the top position from Ahmad FC. Tahir Soccer Club beat the Ahmad FC by the score line of 2-1. Â Before the match, Ahmad FC was at the top of the points table whereas Tahir Soccer Club was standing at the second spot.Â  But after taking all three points Team Tahir has become the leader of the league in terms of points and Team Ahmad has moved to the second position. Umer Fc and Mehmood FC are on the 3rd and 4th position with 5 points each. Nasir FC and Noor FC are on 5th and 6th position whereas Masroor FC is still in the bottom of the points table.