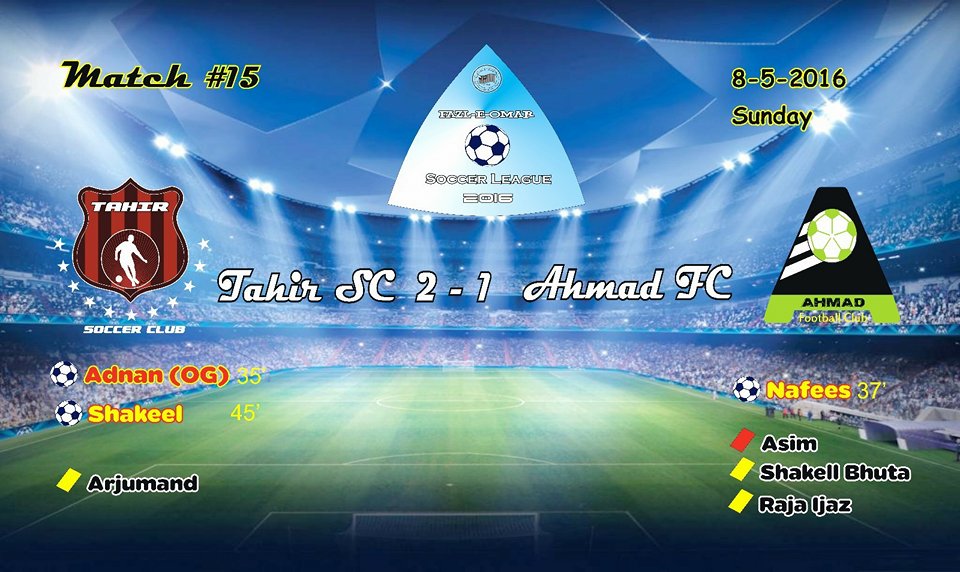 Tahir Soccer Club has turned the table after beating Ahmad FC and snatching the top position from Ahmad FC in the Fazal Umar Soccer League. Tahir Soccer Club beat the Ahmad FC by the score line of 2-1. Â Before the match, Ahmad FC was at the top of the points table whereas Tahir Soccer Club was standing at the second spot.Â  But After taking all three points Team Tahir has become the leader of the league in terms of points and Team Ahmad has moved to the second position. According to the details, Adnan scored the first goal from Tahir team in the 37th minute but Ahmad Fc equalized in the 37th minute. Team Tahir took the lead once again through Shakeel in 45th minute which proved to be the final difference between two sides. Asim from team Ahmad was shown the red card.